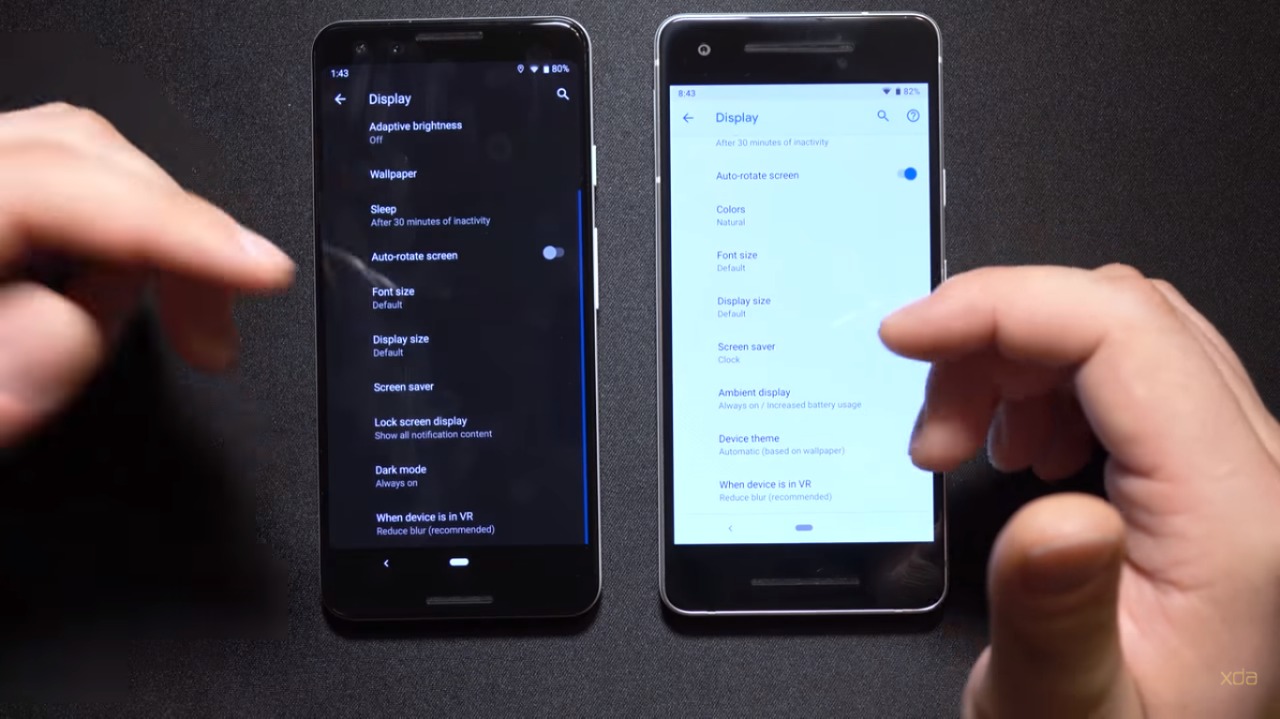 As we have earlier reported on the likelihood of system-wide Dark Theme coming to the next major release of Andriod, Google finally brings the much-requested feature on their latest Android Q build. Add to that, Google is also testing a Samsung Dex like feature which has a strong possibility to show up in the final build.

As first noticed by XDADevelopers, the latest Android Q build has arrived on the Googe Pixel 3 and while there is a lot of work to be done so as to make it ready for the public, it gives us a glimpse of what the future holds for Dark Theme on Android. One of the interesting things about Google’s Dark Theme is that even if app developers do not modify their code to support the feature Google’s Android will do the trick and you can force Dark Theme on any Android application.

Furthermore, the search giant has also introduced a Samsung Desk like feature in the latest build. Those not aware, this is exactly what Microsoft did with Continuum back in 2015, it meant to provide you a desktop environment which requires you to plug in your Android phone to a monitor. However, there is no confirmation of it coming to the final Build of Android Q as the feature at present only limited to the developers.

And lastly, the latest build has added some privacy features and that includes the ability to restrict certain permissions like location only when the app is in use. And if all goes as planned you might get all these cool features in the Q2 of 2019 on your Nokia Android Smartphones.