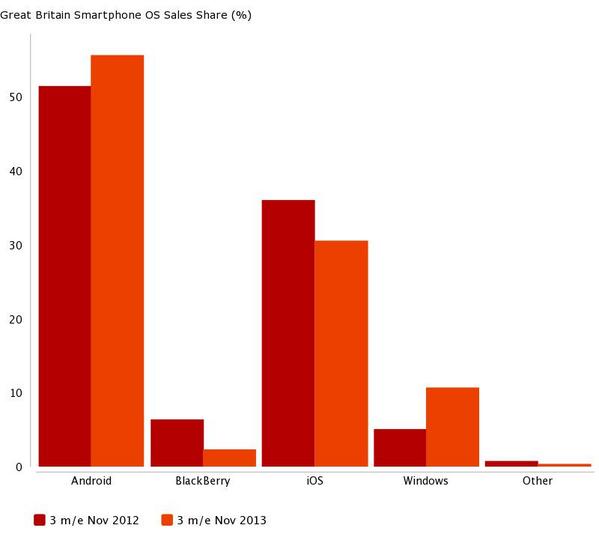 The November 2013 Windows Phone data for most of the regions show very minor changes over the October 2013 data, which you can read by clicking here.

Dominic Sunnebo, strategic insight director at Kantar Worldpanel ComTech, comments: “While there’s no doubt that sales of the iPhone 5S and 5C have been strong, resurgent performances from LG, Sony and Nokia have made making year on year share gains increasingly challenging for Apple. Windows Phone, for example, is now the third largest OS across Europe with 10.0% – more than double its share compared with last year.”

Windows Phone’s gains across Europe have steadied over the past few months, holding at 10.0% in the latest figures. Europe remains a high point for Nokia and Windows, but progress in the world’s two largest smartphone markets remains stubbornly slow with share stuck at 4.7% in the US and 2.7% in China.