Skip to content
You are here
Home > Latest Posts > KWP report: WP’s strong perfromances in UK(8.6%) and France(9%), US share dips to 4% for 3 months ending June. 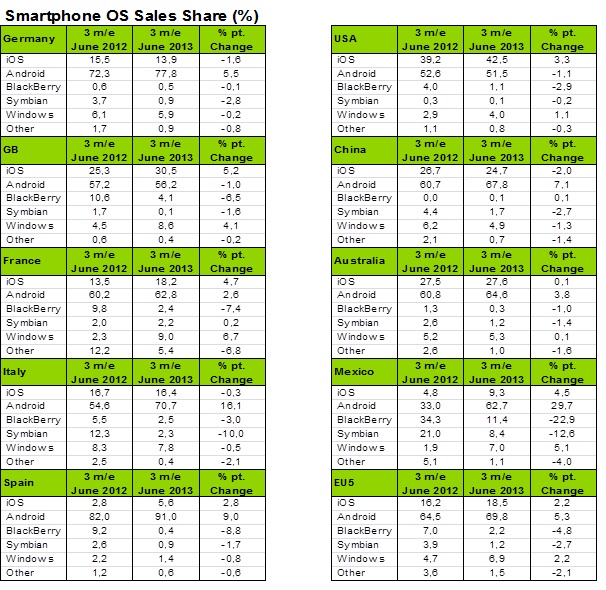 Also, according to report the low-end devices like Lumia 520 and 620 are at the forefront of driving volume for Windows Phone.

Sunnebo continues, “While flagship Windows handsets such as the Nokia 925 and HTC 8X grab the headlines, it is the low and mid-range models, such as the Nokia Lumia 520 and 620, which are quietly driving its momentum. It is vital for Windows to be seen as a mainstream alternative to Android and iOS rather than a niche platform. Selling large volumes of lower end smartphones is a good way of getting Windows seen in the hands of potential customers’ friends and family, convincing them there isn’t a risk in choosing the operating system. The majority of people are trend followers, not trend setters, so Windows needs to get as many smartphones to market as quickly as possible.”