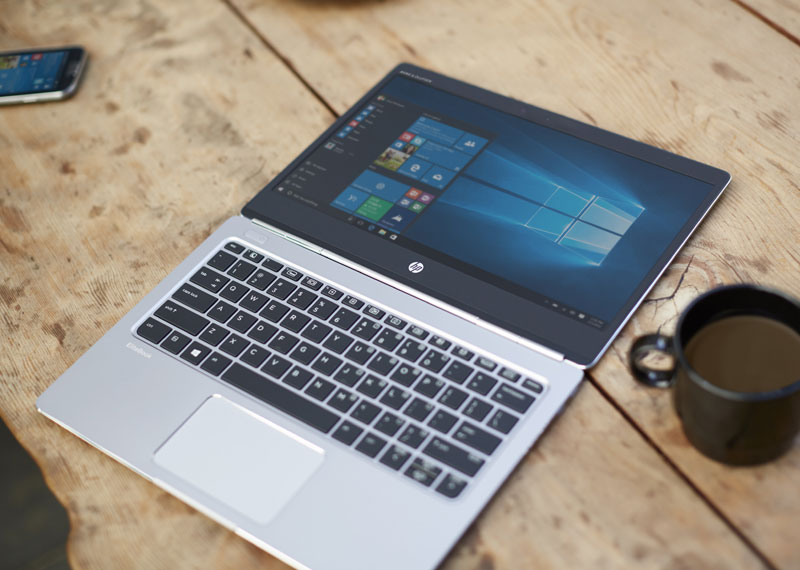 We have earlier reported about HP Falcon and also included it into our 2016 expected Windows 10 Mobile devices list. The device has been leaked running Snadragon 820 and with a 5.8-inch 2K display. It also appeared with only 5.4-inch, 768p resolution display in Adduplex. So may be we will see two variants, one normal and another XL. Read more about this device here.

Now, HP may either be teasing the device or may have inadvertently given a sneaky peek of it in one of the images of its new “Elitebook folio”. Check the image above and to the left you can see a Windows 10 Mobile device lurking that interestingly looks like a Samsung made device, but we are yet to hear about a Samsung device running Windows 10 Mobile. Also why would any vendor have any other device than of its own make in official images. So, there is strong possibility of HP teasing Windows Phone fans with this sneaky peek.

HP Falcon may be the very first Windows 10 Mobile device running Snapdragon 820 and Adreno 530 GPU. May be we can hear something around MWC.

Thanks Microsoft Insider team for the tip. Cheers!!