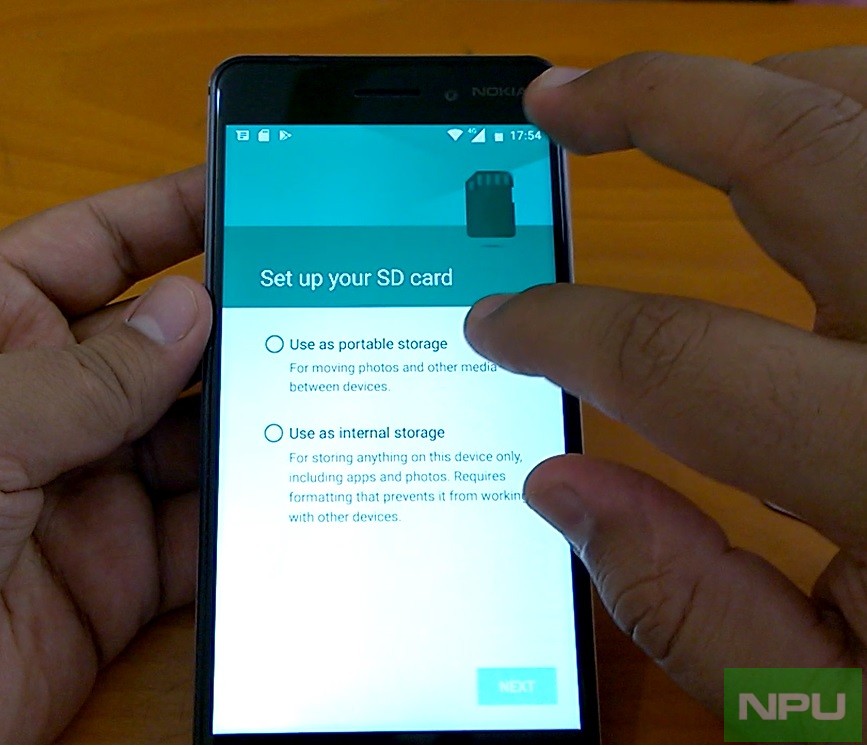 You need to first format the MicroSD card as internal storage before you can install apps/games on it. Remember that doing so will make MicroSD card work with only your phone unless you re-format it as a portable storage. Due to this moving MicroSD card from one device to another may cause data loss because of formatting.

Check the steps to format it as an internal storage below.

You can also watch the videos below to see the MicroSD card setup in action as internal storage on Nougat and Oreo running devices.

Now, once you have formatted SD card as an internal storage, you can not only install but also move apps/games from internal storage to SD card and vice-versa. You can check the video below to learn how to do so.