Last we reported how Lumia 920 is outselling Android and iPhone Flagship devices at retailer “Suning” in China. Now, coming to China Mobile, few days back Lumia 920T ‘s supply issues were reported by the world’s largest carrier to media, it seems Lumia 920T is in stock at Three of the China Mobile’s regional stores.

The above screenshot is from Shanghai store, where after sorting the items list by sales, “Yellow Lumia 920” is at number 2 just behind a Yuan 298 device, beating every other Android Flagship smartphones out there.

Even at Beijing store, Lumia 920T is the Top selling device as shown in the screenshot above clearly beating all other Flagship devices from Samsung and others. 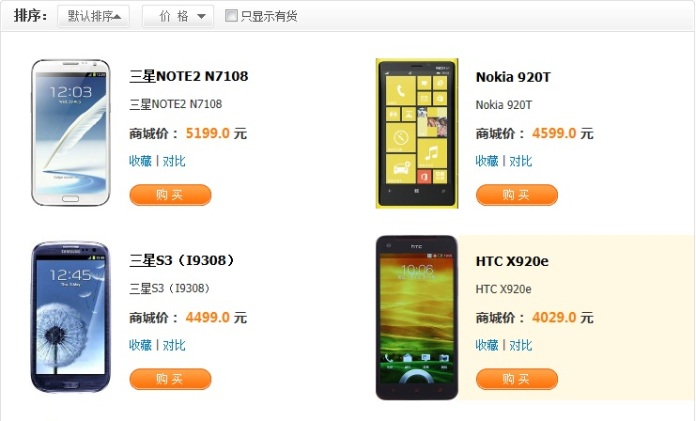 Coming to ShanDong store, Lumia 920T is the second top-selling smartphone after Galaxy Note II. Great going for the Lumia Flagship at China Mobile it seems, if the sales trend at Three major stores is some indication !!

At GuangDong store, it is completely sold out while when we reported last it was the top-selling device.