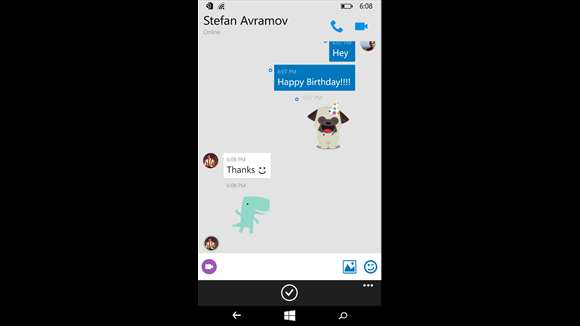 imo app for Windows Phone has received an update in the Windows Store.

The latest update, v1.1.6.0, doesn’t bring any visual changes to the app but the usual bug fixes and performance improvements.

However we can notice some UI changes, now it shows a counter on the top of the app screen for any new contacts available.

But the worst part, you lose all chats after updating the app, which is kind of weird. The developer team at imo is seriously struggling with the Windows platform, pushing rare and feature-less updates.

If you are an imo user, you can update the app from the links below. And for those, who have not tried it yet, there are better options out there as well.