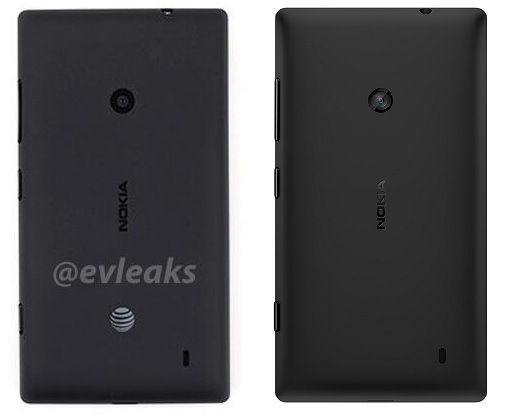 May be it is just Lumia 520 after all. Anyways, this is known that all the three major carriers will get low-end devices. Lumia 521 is  available at T-Mobile. So, that leaves us with AT&T and Verizon!!

@evleaks has now posted image of a AT&T bound device, which is clear from AT&T logo at the back. This device resembles most to Lumia 720 from back, but the difference is that the camera is without flash and the three wireless charging dots at bottom are also missing. Now, if you remember we had discovered one more AT&T bound device passing through FCC along with Nokia EOS / Lumia 1020 aka RM-877. Yup, we are taking about RM-941 here, which has got LTE frequencies worldwide, has WVGA resolution and may be similar in size to Lumia 720. Rumor suggests that it may be called Lumia 625. Read more, below.

@evleaks says, It is coming!! So, may be it will announced along with Nokia EOS aka Lumia 1020 in the 11th July event.