Skip to content
You are here
Home > Latest Posts > How To & Tutorials > How to get Cortana outside of US. Update on Phone’s warranty with developers preview update 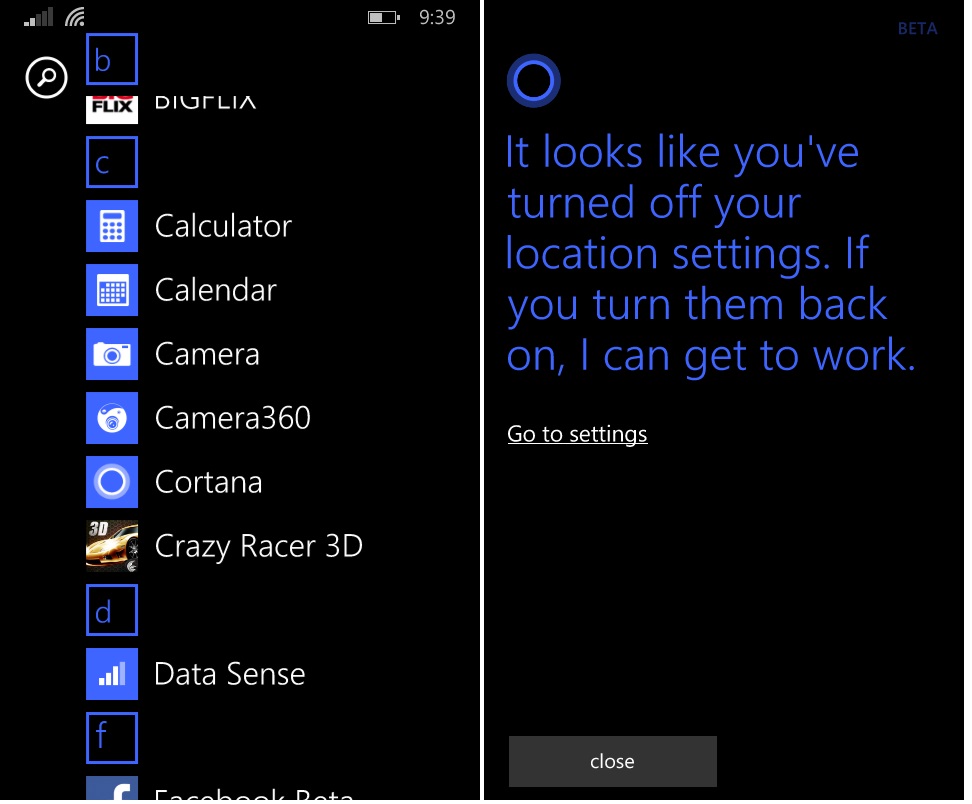 Not so good news here. Nokia Developer account said Preview for developers update doesn’t void warranty initially, but Nokia care said it will. So, we reached to both of them to sort this out and seems it can void any warranty and the Windows Phone Preview for Developers documentation has it all mentioned. But, that my be small price to pay for an enthusiast.

@Nokiapoweruser Hi, you may check this link: http://t.co/p5mqpyKJmi for the warranty info after updating to Windows 8.1. ^SR

Are you yet running Windows Phone 8.1 on your Lumia, if not then you may try our tutorial and don’t worry it is all the way “official enthusiast” update.

@NokiaIndia @theandybaba if its the official developer preview than it will be valid.

Now, time for taking care of queries about Cortana‘ availability outside of United States. You need to make small changes and you will see Cortana on your phone.

Step 1: Go and add English (United States) first in Settings —–> Language. You will need to reboot the device

It will ask for a restart and once rebooted, you should be able to see Cortana in list of apps and you are good to go.

Step 3: Now go to Settings—-> Speech and set English (United States) as the speech language. You should be able to access Cortana now by tapping on the search button.

Take a deep dive in the world of Windows Phone 8.1 & Cortana here!!