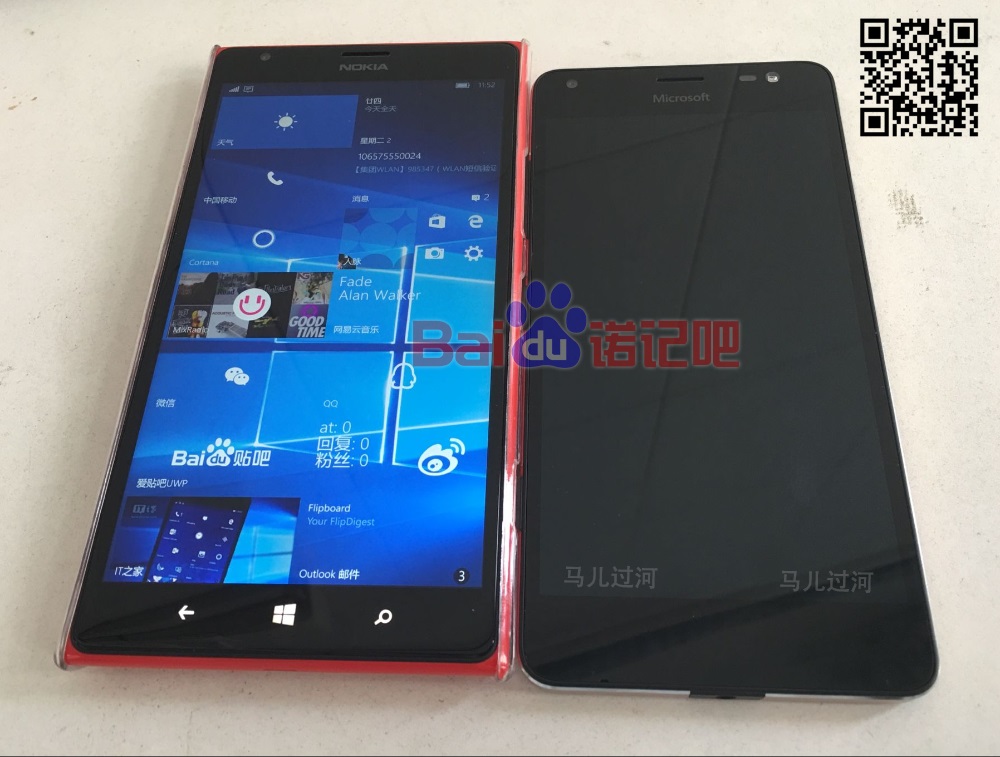 Our friends from China have now posted some more real-life images of the Honjo, that now gets revealed as Lumia 650 XL with a 5.4-inch, 720p display and running the same processor MSM8909 that Lumia 650 packs. So, things become clearer now and it seems Microsoft may have been preparing pair of Lumia 650 and Lumia 650 XL. Above image also compares its size with Lumia 1520 giving us an idea about its overall size.

It also seems that Lumia 650 XL packs a LED Flash, as has been rumored for other new Lumia devices too. So, it may be a prototype thing or else Lumia 650 XL may be the first Lumia device to pack one.

Have a look at the images below.

This also puts a question mark on Lumia 850‘s existence and may be we won’t see Lumia 850 ever coming to the market with better specs than Lumia 650 XL.