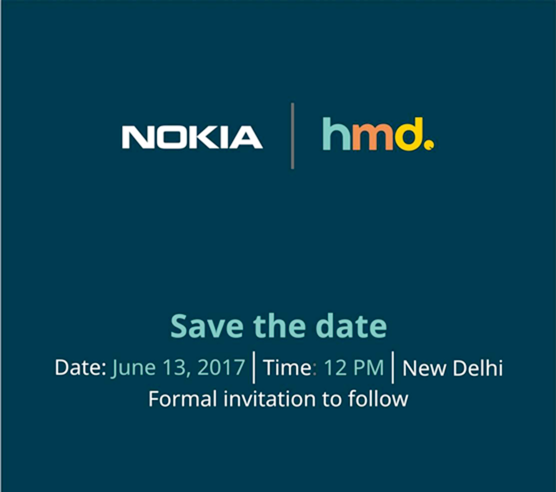 HMD Global released the Nokia 3310(2017) in India back on 18th May and it has been available since then. HMD has already acknowledged the huge demand of Nokia 3310 (2017) to us. We have also reported exclusively that the Nokia Android smartphones will be available in India in mid-June starting with the Nokia 3.

Now HMD Global has started sending out the media invites for 13th June. On 13th June, the company will be holding an event in New Delhi. HMD Global will be officially launching the three Nokia Android smartphone in India at 13th June event. We are happy to see that finally HMD team have a launch date for Indian fans who have been waiting for the device and asking us on our social channels as well as forums. The company will be also announcing the official pricing and date of availability for Nokia 3, 5 and Nokia 6 at the event. We expect the pricing of Nokia smartphones to be slightly competitive in India compared to other markets. India is currently one of the fastest growing smartphone market in the world and is covered by many Chinese players. So Nokia/HMD need to be smart in terms of pricing of Nokia smartphones.