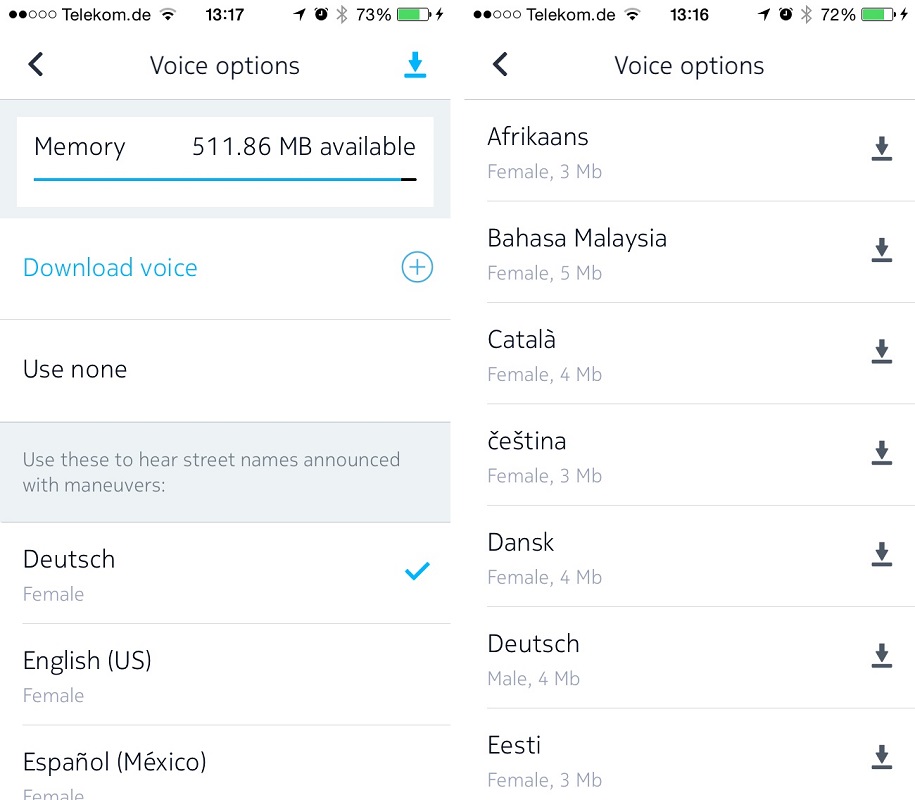 Here is the complete list for languages that support turn-by-turn directions now:

Here’s the list of all UI languages supported now,