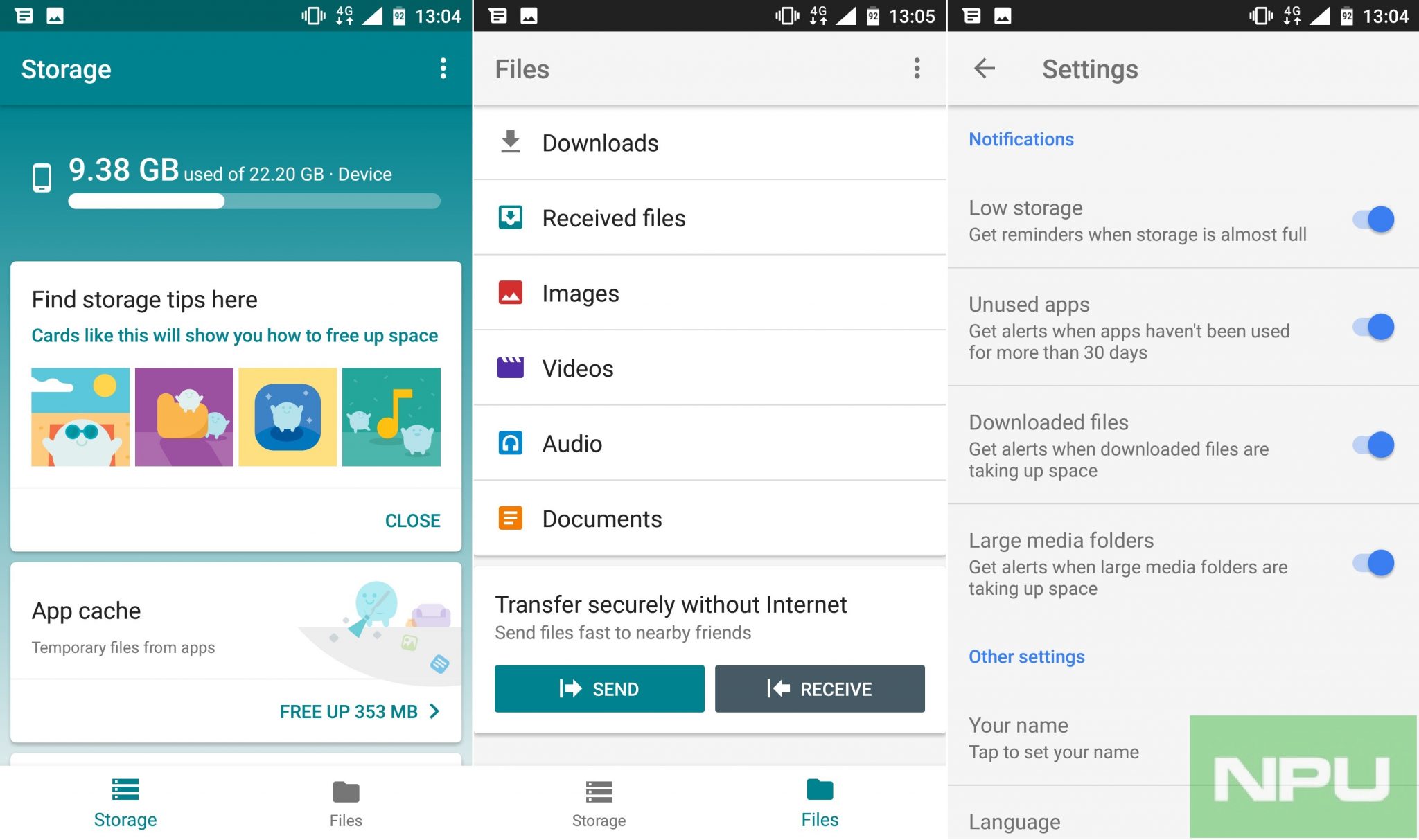 Google has a File manager of its own in works for Android phones which is a great news considering the lack of a native Android file manager. Named as “Files Go”, the file manager link was found on Play Store only to be taken down by Google.

But many were able to get the APK for the Files Go and install it on their Android Phones. We too got a chance to run it on our Nokia Android Phones. It is a very good utility tool with some cool features. Here is what we found interesting about Files Go. Check the screenshots below.