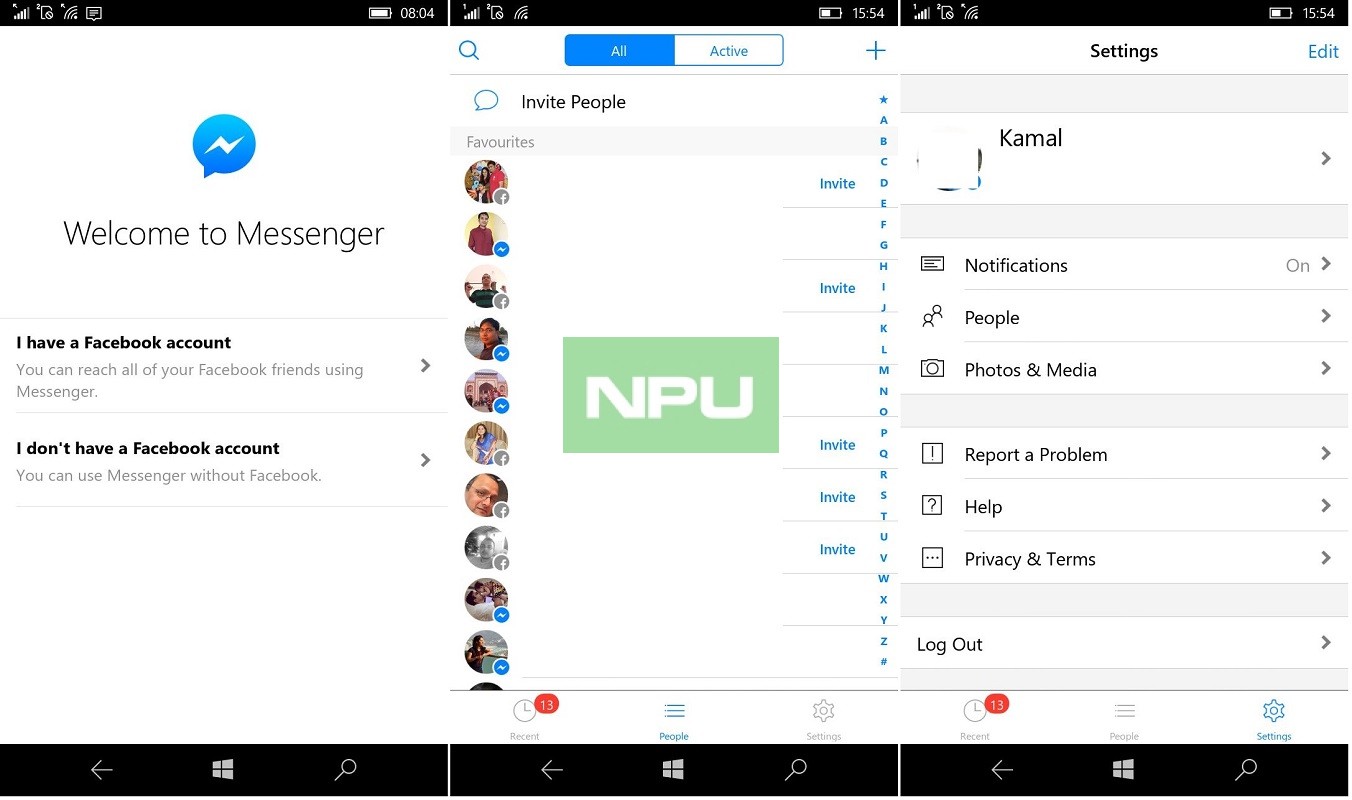 Universal Facebook Messenger app for Windows 10 / Windows 10 Mobile is in Beta phase and is getting tested with help of many Beta testers. Now, while it is generally unavailable when you try to install it on your Mobile devices, you can install it with help of a simple trick.

It is not clear why French or German users should be the privileged ones, but good news is that it works. Thanks to Loki, Vinu  and many of you who tipped us about it. Check some of the screenshots of new Messenger Beta app above.

The app itself works fast and in a responsive manner but crashes a lot. So, you may like to still stick with the existing Messenger app’s stable version.