Skip to content
You are here
Home > Latest Posts > Software Update > Updated: For HTC One M8 users it becomes no hope from still hope 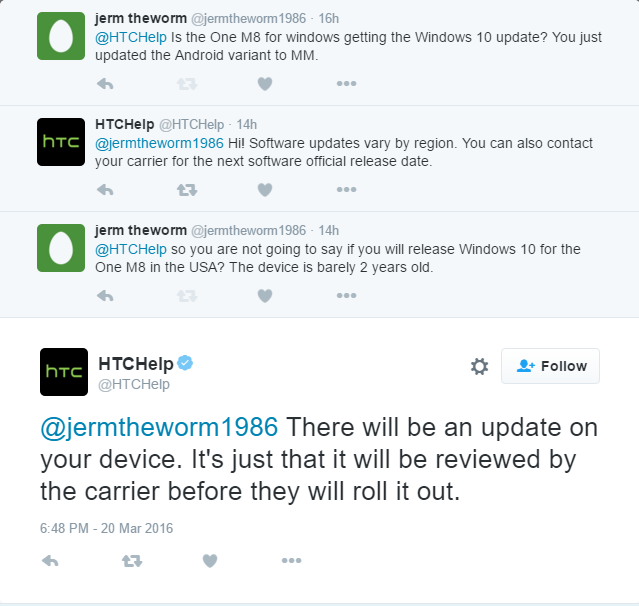 Thanks David for the tip. Cheers!!

Microsoft pushed Windows 10 Mobile upgrade to devices it deemed as eligible and supported and left a big number of devices out of that list. Some of the devices left out were the ones with a promise of a certain Windows 10 Mobile update from manufacturer and even Microsoft. We have reported about the cases of BLU Win JR and Lumia 635. HTC One M8 was a similar device that had a promise from HTC of being upgradable to Windows 10. But the eligible devices list from Microsoft is missing it now.

But now there seems to be some hope as HTC Help has said that one update is coming for HTC One M8 (Screenshot above). But at the same time HTC US account has expressed its inability to confirm any such update. Good news is that HTC US account didn’t reject it outright.

@MarvelBoyRed We don't have any details to share on updates for that device at this time.