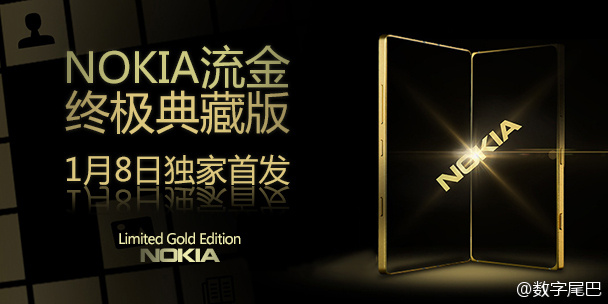 Lumia 830 is a beautiful smartphone in its own right, but very soon it will go all bling and leather to suit some taste buds, it seems. Microsoft Mobile is planning to launch limited Gold edition of a Lumia smartphone in China on 8th January, as can be seen in the above image. Though, the above image doesn’t reveal the name of the Lumia device, image of Lumia 830 in Gold and Leather has been leaked in China by user “Nokia171” on Weibo. So, seems we will see Lumia 830 Gold edition making its first appearance in China soon.

Though, not a fan of “Gold edition phones”, the above Lumia 830 back does look great in leather. Hope Microsoft brings similar back finish, though preferably in other colors to rest of the world along with the Gold edition for those who prefer.