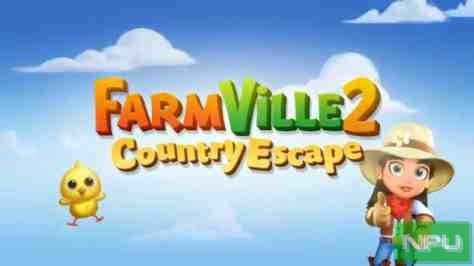 FarmVille 2: Country Escape, a popular kids game from Zynga developers has picked up a new update in Windows phone store.
FarmVille 2 is a enjoyable farming game. You have to go on farming to collect rare goods and craft new recipes. As game is universal, so that you can also play and enjoy this game on your PC too.

Escape to the world of farming, friends and fun! Go on farm adventures to collect rare goods and craft new recipes. Raise animals and grow your farm with friends. Join a farm Co-Op to trade and share or play on your own in Anonymous Mode. You can play FarmVille anytime, anywhere… even when not connected to the internet. Best of all, the world’s most popular farming game is free to play!

What’s new in latest update
• MOTHER’S DAY EVENT: It’s Heidi’s first Mother’s Day and her mom, Heather, is joining the celebration on the Farm! Help them prepare for the special day by finding beautiful flowers in the Mother’s Garden.
COMING SOON!
• CRAFT finger sandwiches, lavender ice cream and more to help celebrate Mother’s Day.
• ADVANCE through five different phases to win rewards like Keys, Golden Gloves, Stamps and more!
• WIN a temporary visit from Heidi’s Grandma, Betty the Farm Hand who will stay with you for 30 days after the event! • We’ve also improved stability and fixed several bugs!

The update is now live on store. Hit following link to download game from store.