Skip to content
You are here
Home > Latest Posts > How To & Tutorials > Ever been on dev preview & facing 8018830f error with Lumia Denim, you need to know this 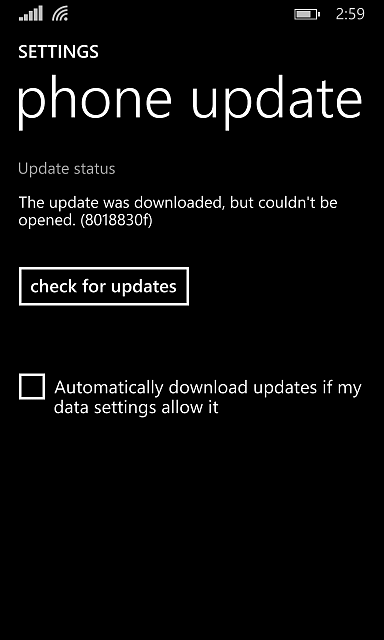 An official FAQ reply from Microsoft reveals that if you have ever been on developers preview and later opted out of it or have been removed from the program, you wouldn’t receive the “Lumia Denim” update or will face the error 8018830f while trying to update.

Solution suggested is enrolling back to dev preview and updating to latest OS version available, after which you should be able to update to Lumia Denim, if it is available for your device. This sort of confirms that if you are on developers preview already and updated to latest version, you will get Lumia Denim automatically.

You may also use the Lumia Software Recovery Tool to remove the Developer Preview Program and return your phone to the official Lumia update. You can download the tool at www.microsoft.com/mobile/support/recovery-tool.

The second option in such cases is obviously using “Lumia Software recovery tool“.

Thanks Monti for the tip. Cheers!!