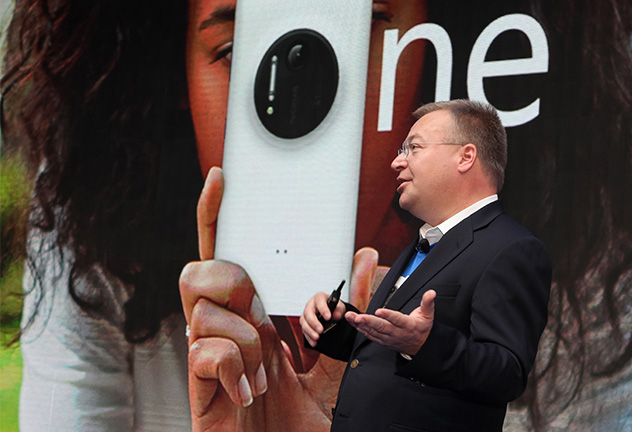 Stephen Elop, the ex-Nokia CEO and now the Executive Vice President of the Microsoft Devices Group has done AMA on (earlier Nokia) Conversations blog. He tackled some tough question posed by Nokia Fans on the first day of his new job. Read in the below screenshot how he replies to allegations of killing Symbian, Meego, Meltemi and the blame of being the “Trojan horse”.

Elop claims that due to his efforts Nokia has emerged as a stronger company with businesses like NSN, HERE and ATD. While the current Nokia stock price and investor sentiment may reflect what he said, when it comes to Nokia Fans’s reactions, not everything is weighed in terms of monetary gains. It is also true that Nokia Board of directors lost faith in “Windows Phone” strategy, but “Feature-packed Windows Phone 8.1 and Microsoft making the platform free for all now” sets one in thinking mode.

In reply to a question about Nokia name availability for future Lumia smartphones, he confirmed what I mentioned in my POV article. Nokia brand is licensed for Nokia mobile phones but not for smartphones and a new smartphone branding is already under consideration, as confirmed by Elop.