Skip to content
You are here
Home > Latest Posts > News > Cortana continues its winning streak. It is 12-0 now!! 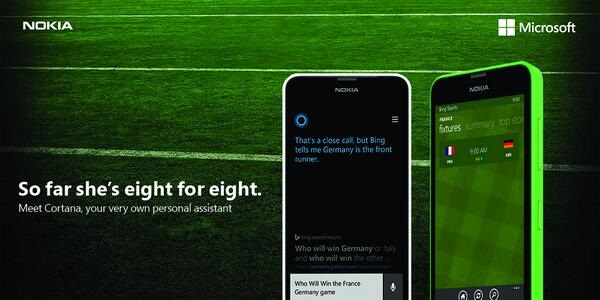 Argentina and Netherlands won their latest matches in Football World cup and Cortana has continued its winning streak with 12 correct predictions in a row with these two latest outcomes.

Microsoft must be proud of this. After all this is the test of their Bing Prediction engine and brings good amount of media attention towards Cortana and ultimately the Windows phone platform. So, last we reported Cortana had it 4-0 in terms of world cup football predictions, and it generated lots of curiosity and media hype, comparing Cortana to Paul the Octopus.

Many were taking today’s match between Germany and France as a big test for Cortana’s ability to predict and Cortana lives up to the hype as it had predicted Germany a the winner in big game today against France. It has scored a clean 9-0 by predicting all nine world cup outcomes correctly till now.