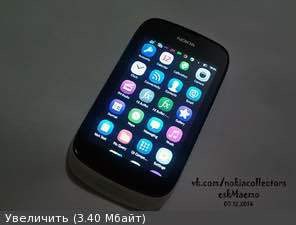 Do you remember Meltemi? If you are a die-hard Nokia fan, you will. Meltemi was the OS, which was supposed to replace S40 at low-end with disruptive features and could have kept Maemo-Harmattan alive on Nokia smartphones. Stephen Elop axed Meltemi in favor of Asha platform back in June 2012, when Nokia had announced job cuts. As per insider reports, it was ready and a device running Meltemi OS was about to come out, when it was axed.

Now, a tipster has sent us some images of the low-end Nokia smartphone running Meltemi, that never saw light of the day. The images bear “vk.com/nokiacollectors” mark, and if you will search about it, you will find that it is,

The kernel build date shown in the image is June 11 and it was June 2012, when Stephen Elop had supposedly killed Meltemi!!

Thanks 冰山王子 for sending it in. Cheers!!