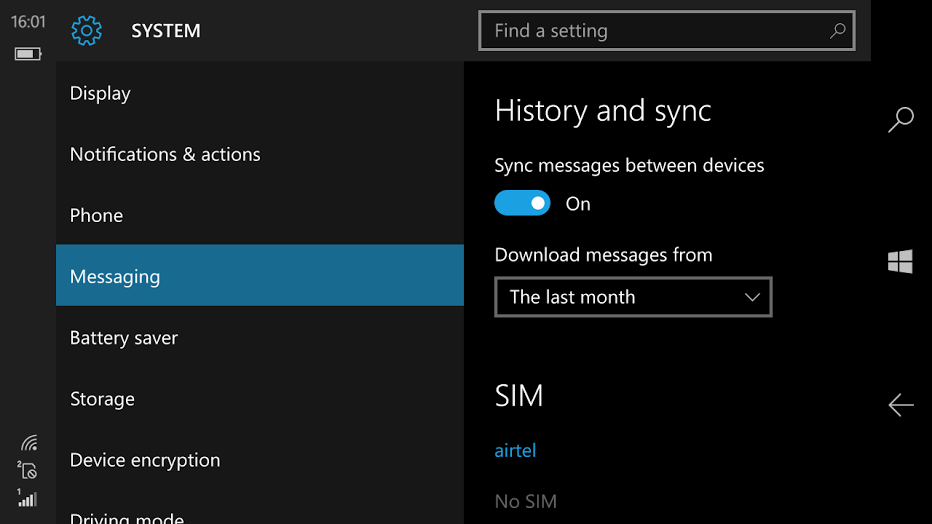 We have been receiving many tips about this and it now seems like an issue that affects many Insiders on Windows 10 Mobile‘s Latest build, Build 10586.63. It seems a Messaging Sync bug is causing huge Mobile Data Consumption on these devices running Build 10586.63.

While earlier it was not clear whether this is the root cause of the Data Consumption but, some users analysed and found it to be the culprit. The bug makes device sync Messages for Years regardless of what you set as the “Frequency” in settings. So, even if you have set Backup for one Month only, as shown in the above screenshot, it may still sync Messages for entire period of usage causing huge data loss.

Users could fix this issue by going to Settings–>System—>Messaging and by switching the Messaging Backup off.

However, we didn’t see this issue on our devices. Here is screenshot from one of them that shows normal Mobile Data consumption.

Are you facing any such issue with your devices? Do let us know in comments below.

Thanks to many of you for sending this tip!!