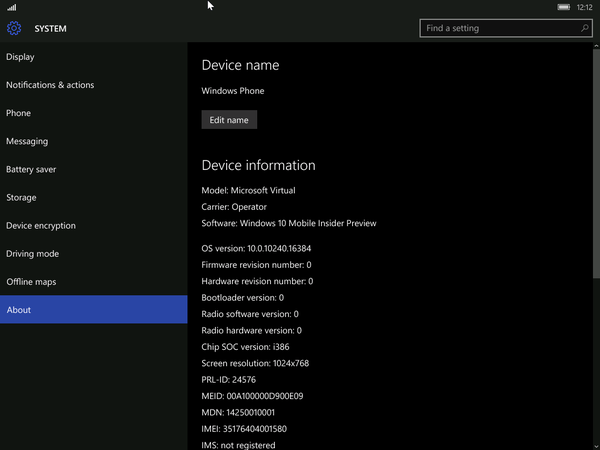 Some interesting tidbits from Joe Belfiore!! It seems Build 10240 is going to be the next Windows 10 Mobile build, as hinted by Joe in two separate tweets. For your info, Build 10240 is the latest Emulator build that doesn’t brings any changes but is faster and much polished than existing preview Build 10166.

the mobile build running on the Xiaomi & Continuum sample devices is a candidate we’re testing out to MAYBE flight. Needs a bit of time..

In another tweet, Joe has revealed that continuum for phones will be usable in both wireless and wired modes and one may not need to carry a dedicated device to connect . So, it hints about an interesting possibility that some of the upcoming devices (read flagships Lumia 940 & Lumia 940 XL) may be able to use continuum for phones using Miracast or BT, while others may be needed to be docked with help of an accessory (rumored continuum accessory).

Continuum for phones DOESN’T require you to carry a device to connect. It’s wireless (BT/Miracast) *or* wired (eg. could have a dock).