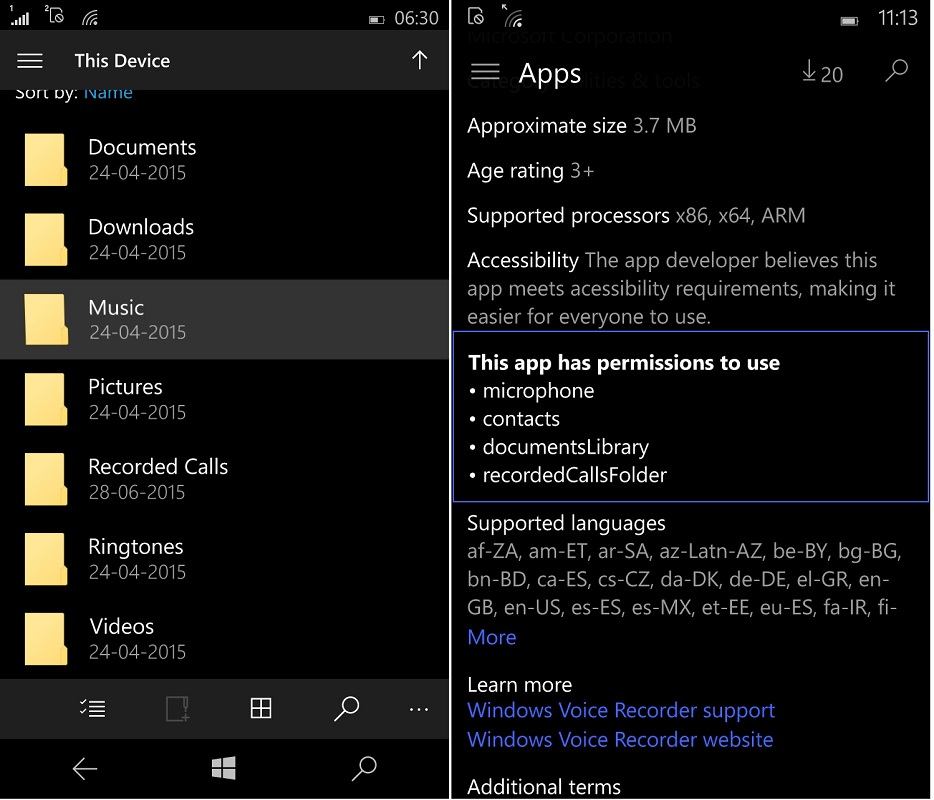 It seems a much-complained about yet non-existing feature will soon be here with a Windows 10 Mobile upcoming build. The native Windows 10 Mobile “Voice recorder” app may e able to support call recording with a future update. There are enough hints in Build 10149 to believe this.

If you are on Build 10149, then you can check folders on the device in the File explorer app, before and after opening “voice recorder” app. A folder called “Recorded calls” doesn’t appear, until you open the voice recorder app for the first time, after the installation of the Build 10149. Not only this if you check app permissions it does mention “Recorded calls folder”.

Thanks  @althafmech for the tip. Cheers!!