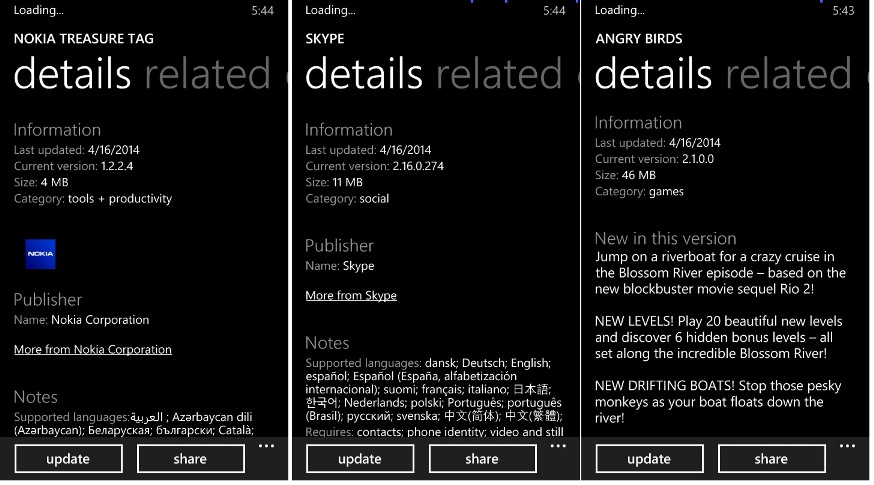 Jump on a riverboat for a crazy cruise in the Blossom River episode – based on the new blockbuster movie sequel Rio 2!

NEW DRIFTING BOATS! Stop those pesky monkeys as your boat floats down the river!

Get ready for a Galactic Giveaway! In this new update we’ve hidden 1000 coins across all the levels – go get ‘em!

CARBONITE REWARDS! Wait for the carbonite to melt to win a new character!

USE BIRDS ON THE BIRD SIDE LEVELS! Mix things up by playing as the birds or pigs on any Bird and Pork Side level!

Skype also gets updated with general fixes and improvements. It is not that new version of Skype though.