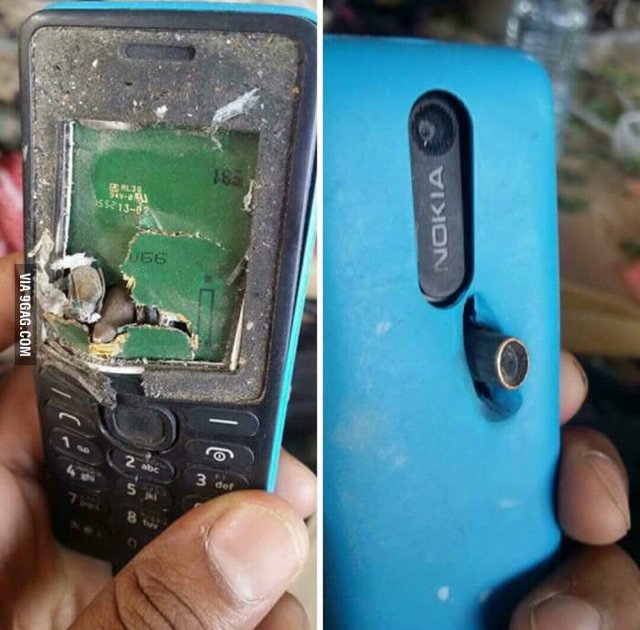 We have heard many stories about Nokia phones saving lives of their owners. A recent incident reinforces this legacy of “Super savior phones”.

Now a tweet from “Peter Skillman”(GM of Core Ux for Windows Desktop, Tablet and Phone @ Microsoft) has image of a new savior phone. The phone took a bullet and saved life of its owner in Afghanistan. Interestingly Peter Skillman had worked on design of this phone.

A Nokia phone I worked on a few years ago saved the life of a man in Afghanistan last week. The embedded bullet…. pic.twitter.com/O2zBxadkDO

The phone in the image looks like a Nokia 105, one of the cheapest Nokia feature-phones ever. But at a time when expensive smartphones are exploding on their own, this story makes us celebrate the quality and robustness, Nokia Phones are known for.

Nokia is going to make a come-back in Phones first via Feature-Phones and then followed by Android smartphones and Tablets.