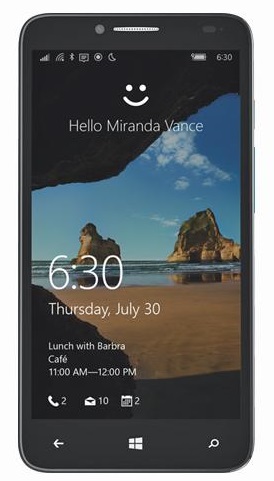 Alcatel (TCL) has finally shown-off its budget-minded Alcatel OneTouch Fierce XL for Windows at CES 2016. You can read its full specifications by clicking here. It will be carried by T-Mobile. But TCL (owner of Alcatel One-touch brand) seems to have more ambitious plans for Windows 10 Mobile.

Steve Cistulli, senior vice president of the North America region for Alcatel has revealed Alcatel’s plans to introduce a Superphone later this year. This Superphone will be able to take on the best smartphones and will pack leading specs.

“We’re going to have the leading specs to take on the best smartphones,” Cistulli said in an interview at the company’s briefing room in the Encore Las Vegas ahead of the Consumer Electronics Show. “We’re committed to Windows 10.”

No phone in Alcatel’s current lineup would qualify as a superphone, according to Cistulli. He declined to say when one would become available, beyond a cryptic later this year. The follow-up question, of course, is why even build a Windows 10 phone?

Alcatel OneTouch brand is mostly associated with budget Android phones, so it will be a big leap for the TCL too if it brings a flagship smartphone.