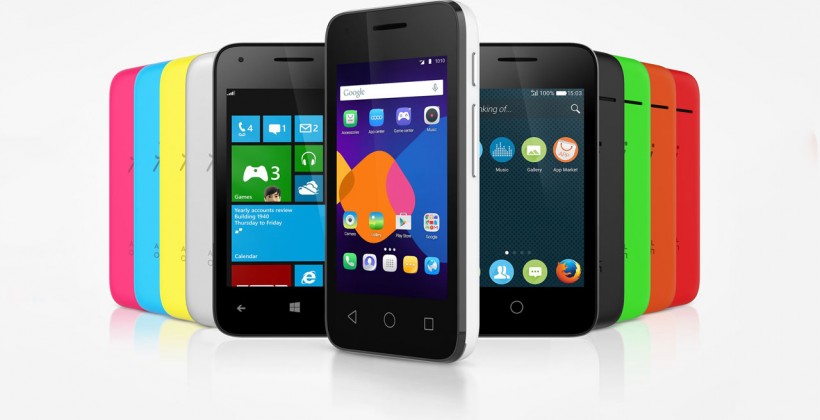 Alcatel has revealed its PIXI 3 range of smartphones at CES 2015 today and all of them run Windows Phone, but wait they can run Android and Firefox OS too. So, Alcatel tells them OS-agnostic and while the entry level Alcatel PIXI 3 smartphone has a 3.5 inch display and is only 3G capable, if you go up in the range, you get choice of bigger display and LTE connectivity too.

Besides being the first among the PIXIs to offer 4G, the PIXI 3 series is also first to be compatible with three major operating systems: Firefox, Windows and Android.

“Our users do not want complicated systems — they want something familiar from their work environment in the office, but also on a smartphone,” said ALCATEL ONETOUCH Chief Marketing Officer Dan Dery.

Cross-device integration, from smartphones through to PCs. PIXI 3 series offers consumers simplicity of use and the reassurance of having the same system at home, at the office and on the go. With its OS-agnostic PIXI 3 series, ALCATEL ONETOUCH presents operating-system choices to its customers.  This continues the efforts begun last year, when the brand teamed with Mozilla to launch the Firefox OS on its FIRE series of smartphones.

Though, it will be hard to tell whether masses would love this idea of playing with three OSs or not, for power user and enthusiasts, it is a love-story in making!!