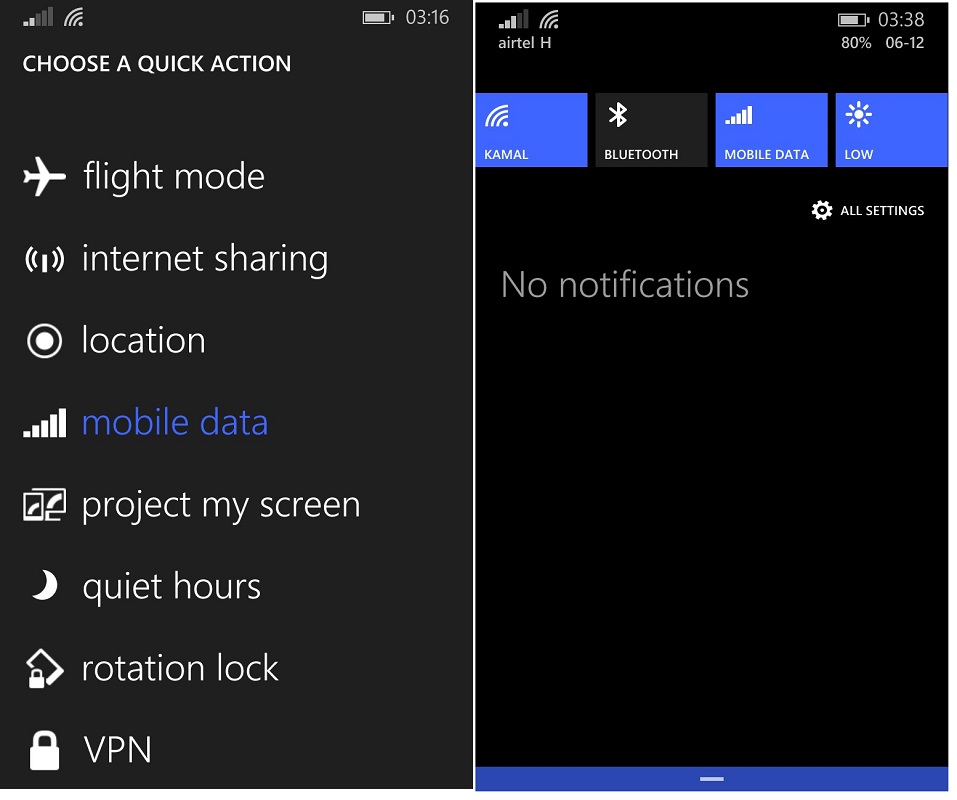 Only visible change we could find yet was Mobile Data toggle which can be now set in the notification center.

May be Bug Fixes

Not exactly a change, but you may like to open the Device Hub in settings post update and apply the service update and restart your phone

You can remember that both of these new things; Cortana for more markets and Data toggle were supposed to arrive with GDR2, but no, it is still Windows Phone 8.1 GDR1 as confirmed by update history. Now only, sorting of settings is missing and that may arrive with next builds, may be. Thanks to our tipster then!!

Anyways, here are the official instructions to get Alpha Cortana for France, Italy, Germany, or Spain:

To set up Cortana for France, Italy, Germany, or Spain
Before doing anything, you’ll need to update your phone. You can do this in two ways:

Make sure you have Windows Phone 8.1 Update (OS version 8.10.14219.341 or later) installed on your phone.
Install the update through the Windows Phone Preview for Developers. This program makes updates available to anyone who’s interested in getting the new Windows Phone updates on their phones earlier than the general public. For more info, check our step by step tutorial.
Once you’ve installed the update, go to Cortana by pressing the Search button.
When prompted, review and accept the conditions on the two Cortana acknowledgment screens.