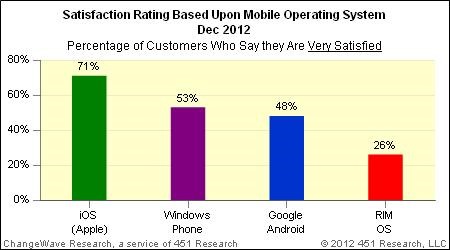 The survey has been conducted in December with a sample size of 4,061 primarily North American respondents. It seems that Lumia 920 and other Lumia WP8 phones release in USA has helped both Windows Phone and Nokia in gaining higher “customer satisfaction” ratings as expected.