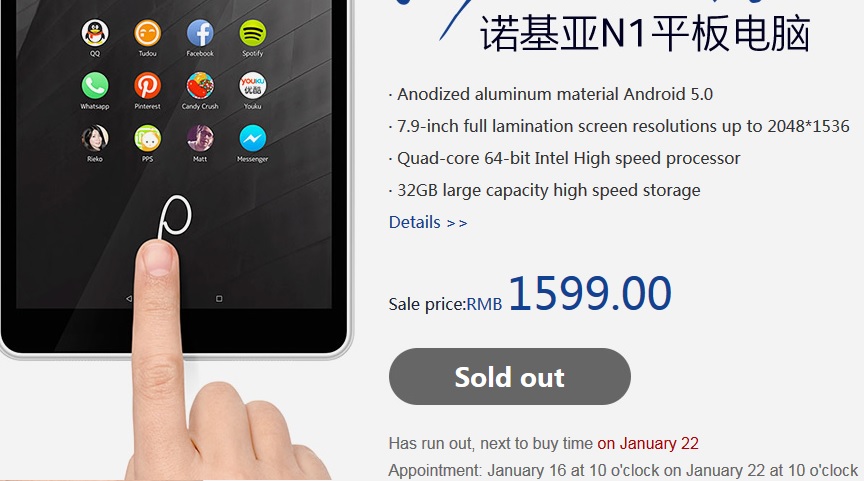 Nokia N1’s first batch of 20,000 units sold out in 4 minutes and Nokia N1‘s second batch sold out too, though it lasted bit longer than 4 minutes. We reported this but we obviously didn’t have the sales figures for second batch.

Second round of appointment officially began January 8, the same day Nokia N1, the user can at 12 o’clock noon on January 15 to snap up. Based on current data and statistics for this sales attention toll had reached 664096 , compared to the previous buying interest to increase the number of about 100,000 people, while the reserve 32000 all N1 sold out in 7 minutes, 47 seconds.

The 3rd and 4th batches have met the same fate (sold out) and now Nokia N1 is not available to buy before 26th February in China. We don’t yet have figures for how many units were there in 3rd and 4th batches but will let you know, once we come to know.