Skip to content
You are here
Home > Latest Posts > News > Leaks / Grapevines > Yes, it’s Lumia Emerald & we told this on September 6. When you can expect Lumia Emerald roll-out 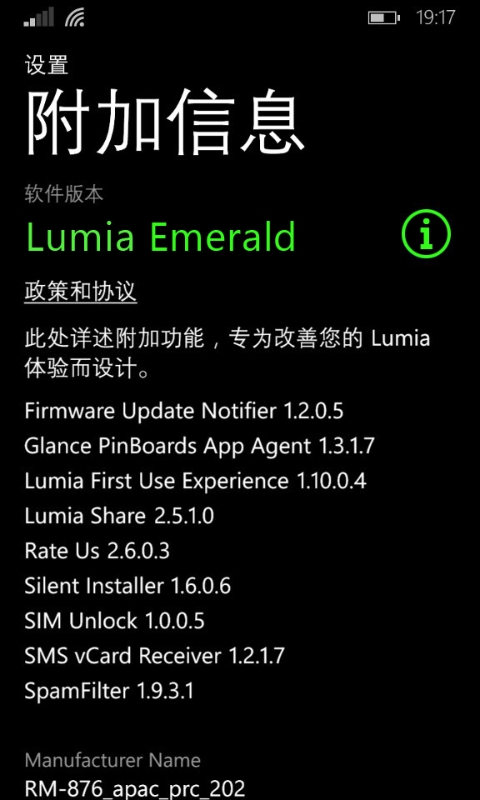 So, screenshots of Lumia Emerald, the next firmware to Lumia Denim, which will come out with Windows Phone 8.1 GDR2 ( still to roll out to dev preview devices) are doing rounds. Well, not to take anything away from those who reported it first, I actually told this to one of our regulars “Ritwick” on September 6.

Then, why I didn’t post it? On request of one of our sources and we can’t land our friends in trouble!

Anyways, while Windows Phone 8.1 update 2 aka GDR2 will roll out to dev preview devices in October, Lumia Denim should roll out in early November. Now, to the question of when one can hope to get Lumia Emerald, it may well be January-February 2015, when Windows 10 preview for Windows Phone (to dev preview devices) and Lumia Emerald (to regular Lumia devices) may both roll out.

Just keep one thing in mind, Lumia Emerald may or may not be the final name of the GDR2 Lumia Firmware. As usually Lumia firmwares have codenames to show. You may remember, us exclusively reporting about Lumia Bittersweet Shimmer, which later arrived as Lumia Black.

Thanks to everyone, who reminded me of my tweet and sent that screenshot.