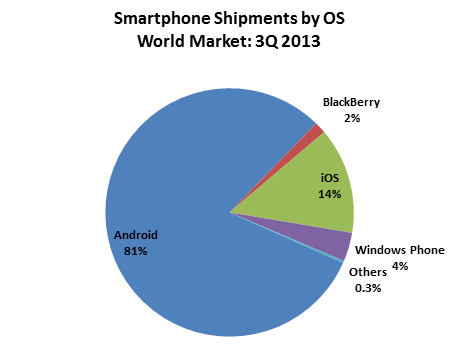 ABI Research reports 438 million handsets and 244 million smartphones shipped during the 3rd quarter of 2013. Samsung retained its lead in handset shipments and grew its share of smartphone shipments to 35%, while Apple share remained flat at 14%.

Smartphone shipment penetration was 56% in Q3, setting a record high for the third consecutive quarter. Windows Phone achieved 165% growth year-on-year, with Nokia accounting for 95% of that shipment volume.