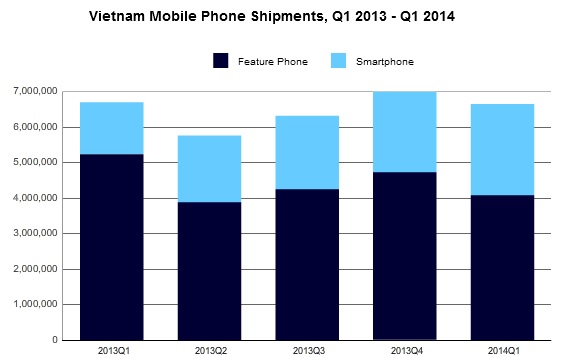 Another notable performer in 2014Q1 was Windows Phone (WP), which recovered firmly following a weak showing towards the end of  2013. WP shipments recorded a growth of 61.3% QoQ and 361% YoY.

The report also mentions how in Vietnam, Nokia ships as many smartphones as Samsung, though it doesn’t quote a figure for exact market share.

“Vietnam stands out as the only country in Asia/Pacific where Nokia shipments are almost on par with Samsung’s”, says Pang. “Vendors who are looking to get on board the WP ecosystem should definitely take a close look at this market.”