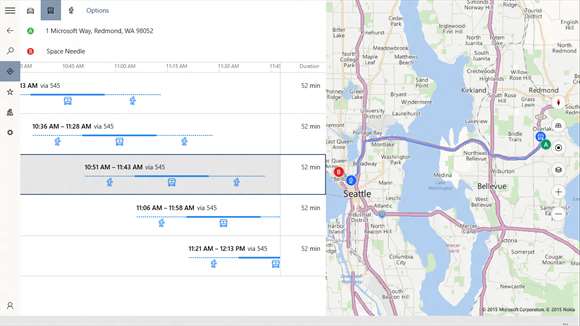 On the reddit page , Microsoft developer replied in a suggestion that these feedback are awesome & will be trying to bring that in upcoming builds. He said, “We have an exciting update coming soon to insider builds, including an improved drive mode. We will also be addressing other top feedback I have been collecting from you guys as well as the Windows Feedback app in this update and in updates to come. Stay tuned 🙂”

The first suggestion was about Voice-to-Voice turn while driving along with phone language/region details in the app. for that the Dev said that they currently support China.

The another very good suggestion was Guided navigation. For that the MS Dev replied in a positive way saying,
“Dave from the Maps team here. Thanks for the feedback! Posted this earlier about an upcoming app update. Better drive UI is part of this initial update.

We are exploring options around the arrow on the location marker (compass). Being able to search along the route is a great suggestion that I will bring back to the team. I will take your other feedback to the team as well!

For speeding notifications, check your settings, we only alert you if you have the audible alert enabled and are over a threshold that you set.”