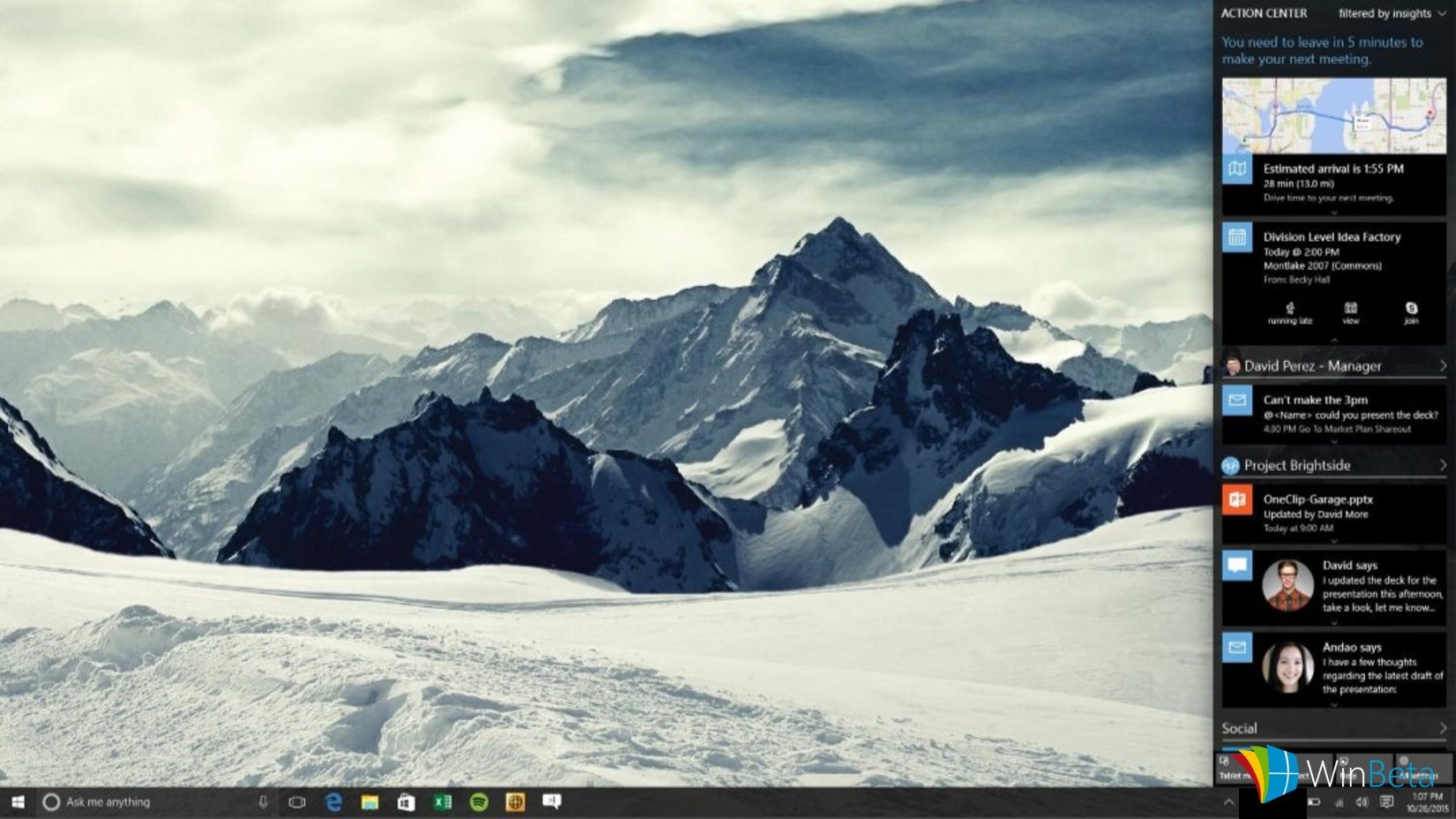 Also, soon it will be possible to group notifications from similar apps like Facebook and Twitter (Social Apps) under one. This will be possible when you use a “Filtered by insights” option (shown in the image below).

We have shared some info about what changes and new features are expected to come with Redstone and it is not surprising to see Microsoft working on UI changes and Action Center enhancements. Though keep in mind that in past we shared many such official concepts that may or may have not been able to see light of the day. So, these changes may arrive finally or may get cancelled by Microsoft if they don’t deem it fit for release.