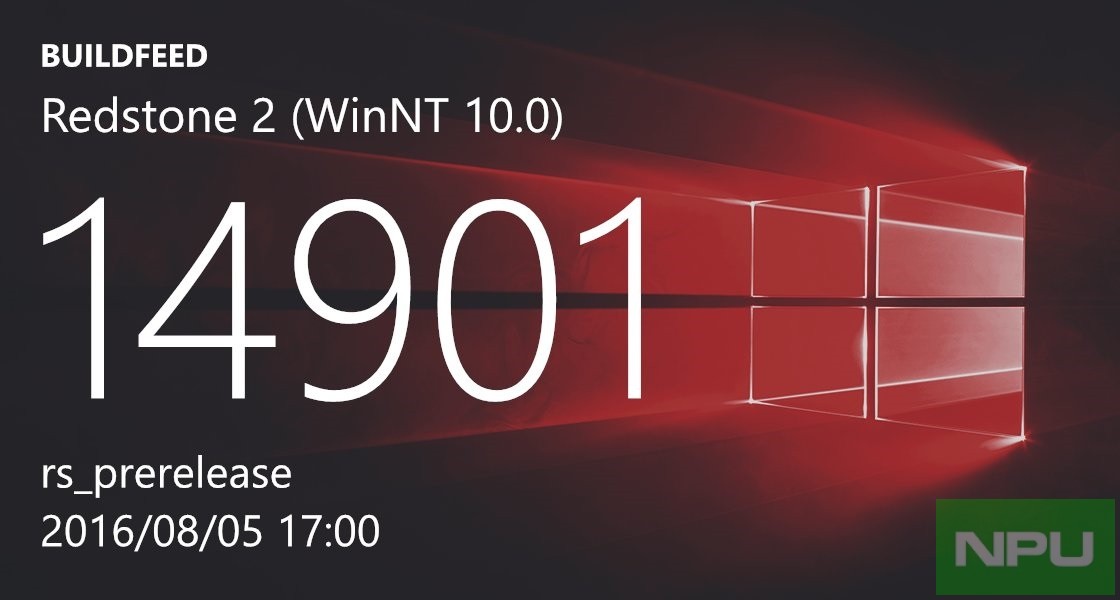 Microsoft is supposed to roll-out Windows 10 Mobile Anniversary update starting today to non-insiders. Good news for Insiders too, as we have some reports about the Windows 10 Redstone 2 Insider builds. It seems Microsoft may soon start pushing Redstone 2 (RS2) builds to Insiders and Build 14901 may be the first one to go out.

This has been shared by Build Forecaster account “Core Insider Preview”. The Build also appears on BuildFeed with compilation date of August 5.

Build 14901 will be released for both, phones and PCs.

Looks like you guys don't have that much time left to get the RS1 related badges. pic.twitter.com/QiBZWoAPdP

In case you are wondering what new features / significant changes Redstone 2 may bring on the table, here is some information from our sources.

Coming to timelines for Redstone 2 update release, it should be six months hereafter as per official Microsoft promise. So expect February – March 2017 timeline for next Windows 10 / Windows 10 Mobile major update to hit your devices.