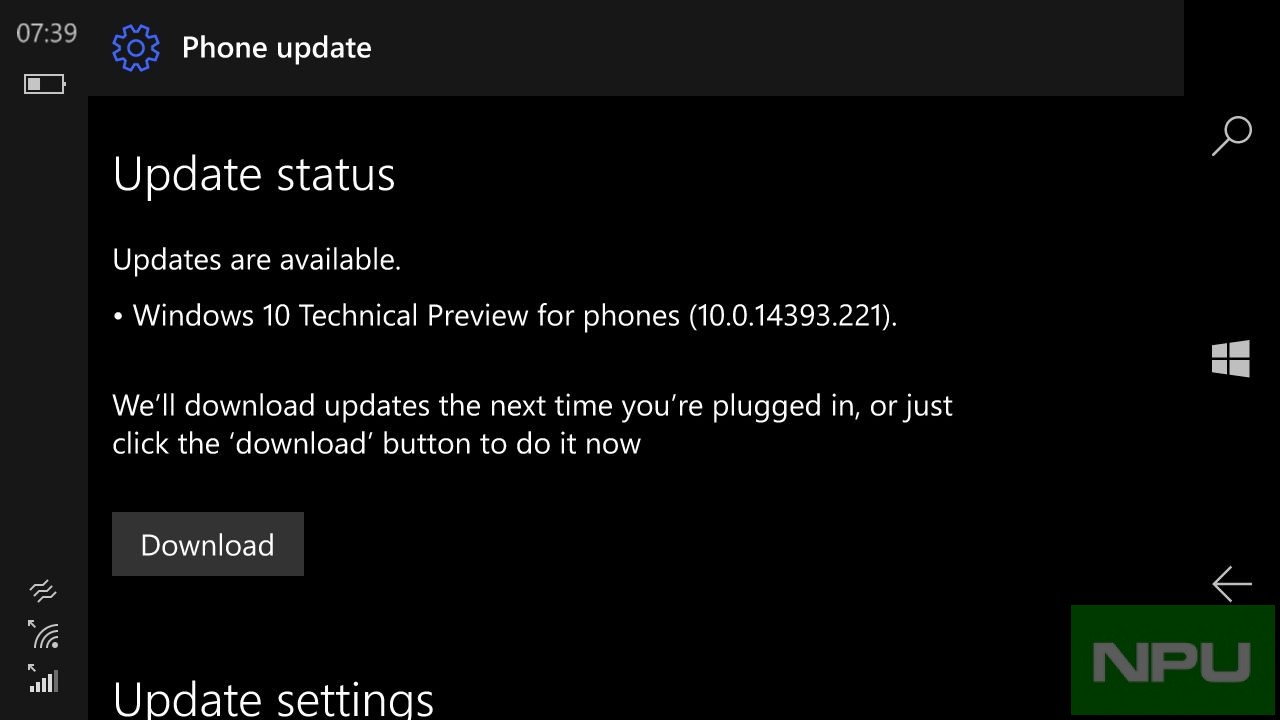 We last reported about the Build 14393.221 when it first appeared on BuildFeed. Microsoft has made it clear that new cumulative updates for Anniversary update will go out on second Tuesday every month. So Build 14393.221 may not be released to non-insiders as a newer build may be considered.

But Windows 10 Mobile Build 14393.221 is now available for Insiders in Release Preview Ring. You can install the Build by going to Settings–>Update & Security–>Check for updates.

It is not clear what fixes and improvements the build brings with itself as changelog is not available yet. But we will update the article once we come to know about it.