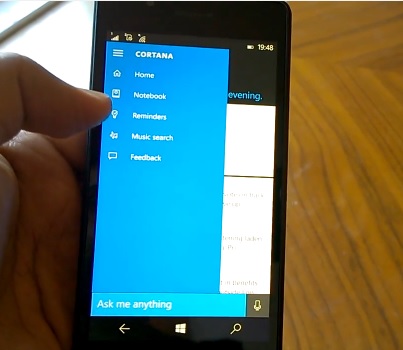 So, here we are with a 16-minute long hands-on video of Windows 10 Mobile Build 10149. We have tried to cover nearly all the changes that Build 10149 brings with itself: listed or unlisted. Though there may be some changes that we couldn’t cover. Do let us know in comments and we may cover them next.

1) This is certainly the fastest and most usable Windows 10 Mobile build yet. The animations look good and make the OS feel faster. Background wallpaper now appears sharper than what was seen on Build 10136.

2) It is more polished than Windows 10 Mobile build 10136 and most of the basic things work as expected. Even the Microsoft account and addition of PIN is available in this build.

3) It brings many changes and new features and while visual changes may be less pronounced, the changes are very important as they define user experience.

4) While we have it running on our main devices, some bugs still mar the experience, if you think from the daily driver perspective. Though as a Windows Insider you may be pretty happy with this build.

There are some annoying bugs (if you use it on your main device) in Build 10149, though much less frequent than earlier builds. Here are some of the common bugs.