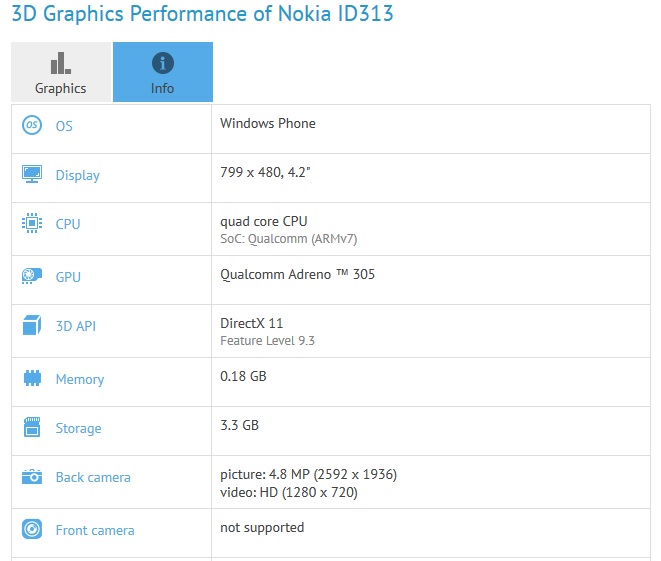 After Microsoft’s write-off of Nokia D&S acquisition and layoff of 7800 more ex-Nokia employees, a report suggested that Microsoft may bring less than six devices every year going forward. It doesn’t seem to be the case for year 2015-2016, however. After Lumia 950 and Lumia 950 XL, we have today seen leak of Lumia 550, Lumia 750 and Lumia 850. But wait, there may be more.

Microsoft may also release Lumia 350 and Lumia 450, as we have seen two upcoming devices with 512 MB RAM at GFXBench.

Not only this we may see Lumia 650 too, as we have also seen RM-1128 with 4.7-inch 720p display and running Snapdragon 210 at GFXBench and its variant RM-1127 in Zauba data. This is certainly a higher-end device than just leaked Lumia 550 because of its 720p display.

So, here you have full portfolio of upcoming Lumia devices, starting from Lumia 350 at entry-level to Lumia 950 at the top-end. But wait there are some phablets too. We know Lumia 950 XL and we have already reported about a mid-ranger Phablet that can come as Lumia 750 XL or Lumia 850 XL.