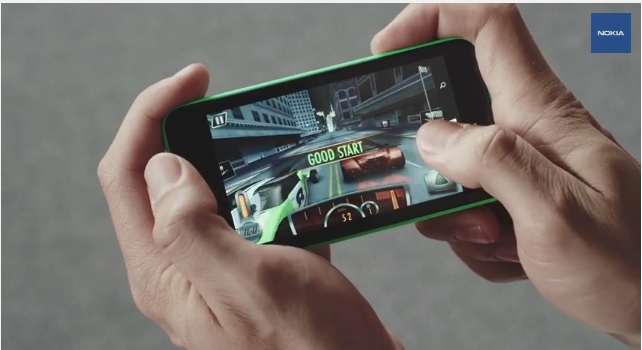 So, here is the first official hands-on video of Lumia 530, the latest low-end tool for Microsoft, which still bears the Nokia name. It really looks very pocket-able and the display looks good. With a quad-core processor onboard, it should edge many competitors in speed and usher in marketing advantage.

Along with Lumia 530, Microsoft mobile has also announced Bang mini-speaker by Coloud. This compact speaker costs €19 making and can be connected to your phone via the 3.5mm headset jack. The rechargeable speaker provides great sound for up-to 8hours. This will be available in coming weeks. Bang page.

Now, coming to why I think that Lumia 530 may repeat Lumia 520‘s success, Lumia 530 has a lot going for it as the new lowest-end Lumia.

It will start quite cheap at EUR 90, which will get translated to less than $100 for many markets, and that’s a damn good pricing for a Lumia device. Lumia 520 still sells for more than $100 in many markets including India.

It looks quite pocketable, comes with a 4-inch display with good enough 854 x 480 resolution, quad-core processor still not found on many devices of this price range from quality manufacturers. Nokia’s build quality and Windows Phone’s smooth functioning will certainly give it some edge over plethora of cheaper Android devices. It’s still a fact that Androids can’t compare to Windows Phone when it comes to user-experience and with a quad-core processor,  Microsoft has something to talk about at this price range.

in fact, Lumia 530 is not the Lumia 520’s successor at all, don’t get confused by its name. Successors usually bring higher specs and better hardware than the one they replace. Lumia 630 is the Lumia 520 / Lumia 521 successor, and in US Microsoft has marketed it so explicitly. Lumia 530 actually takes Lumia range deeper and will be the first smartphone for many feature phone owners.