Skip to content
You are here
Home > Latest Posts > How To & Tutorials > Who will be able to get Windows Phone 8.1 GDR1 update & more about Cortana in China 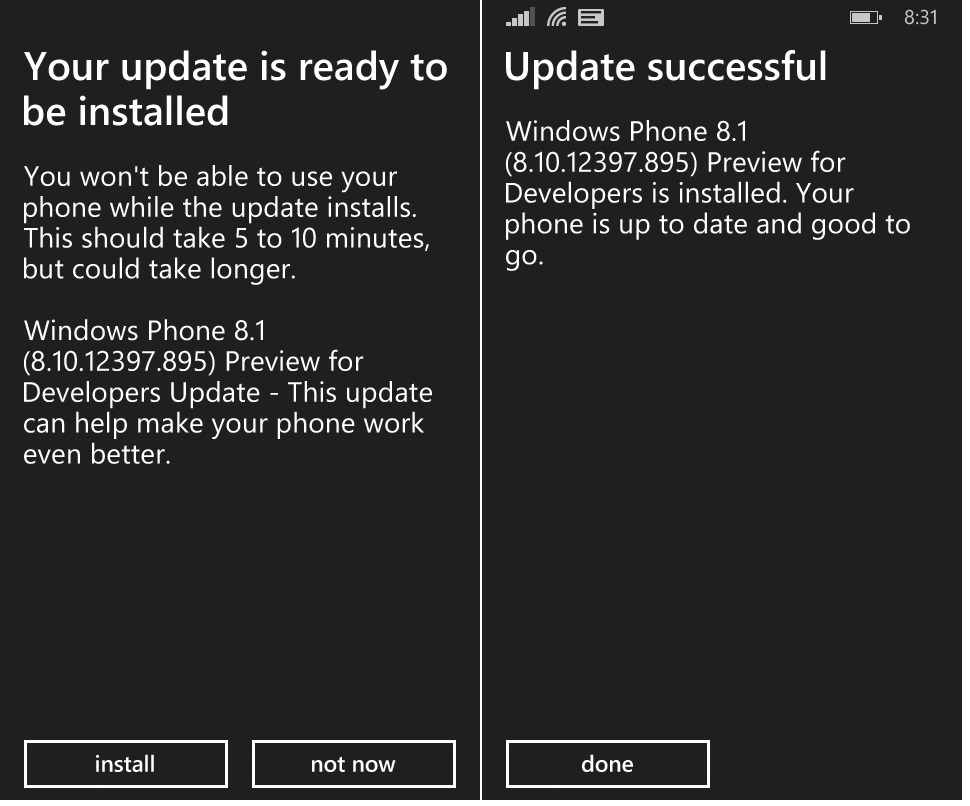 So, in case you have already re-flashed your device from developer preview to Windows Phone 8 for getting Lumia Cyan and Windows Phone 8.1, then you will have to enroll yet again to the developers preview. Though this is not a big deal, but again question arises, was taking so much of a hassle even required.

In case you are still on Windows Phone 8.1 developers preview version like me, you will get the GDR1 automatically next week.

If you are new to developers preview, here is how you can enable your device to get future OS updates before anyone else. Though in process you lose your device’s warranty and may face issue with “Firmware updates“.

You can read all the GDR1 details on our dedicated Windows Phone 8.1 GDR1 page.

China has got Cortana as Xiao Na and Cortana gets many China-specific features like an alternative form with a different visual appearance, animations, and sounds.

The huge Chinese market has a bunch of different expectations and needs than the US or other countries—so while Cortana (nicknamed “Xiao Na”) generally works the same way in China as the US and the rest of the world, China did get some “special features”. As you’d expect, in her notebook, she displays what she is tracking for you, so you can see and control it. You can set reminders and quiet hours with her. She understands the whole internet so she readily helps you find anything you need.

But our team in Microsoft China developed a number of additional features specifically for China. She has an alternative form which has a different visual appearance, animations, and sounds. She supports Chinese (Mandarin) in voice, text, and speech. She also has specialized suggestions tuned specifically for people living in China, like air quality information in weather cards, information about driving restrictions, and the ability to track local TV shows and celebrities. She can look up English words in the Bing Dictionary for people looking to brush up on their English.