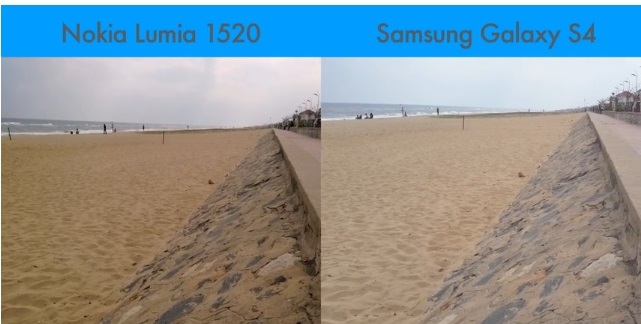 In weekend watch, we are bringing to you two comparison videos posted by FoneArena on YouTube. Lumia 1520’s camera is pitted against Samsung Galaxy S4 and Galaxy S4 zoom’s cameras  in these videos. Reviewer has compared both stills capture and video capture performance of Lumia 1520’s camera against competition.

In daylight conditions, Lumia 1520 may not beat competition with that big margin in imaging quality as Lumia 1020, but it still beats both Samsung devices in sharpness and capturing details. Especially in case of low-light stills and video capture, difference in quality is pretty much visible.