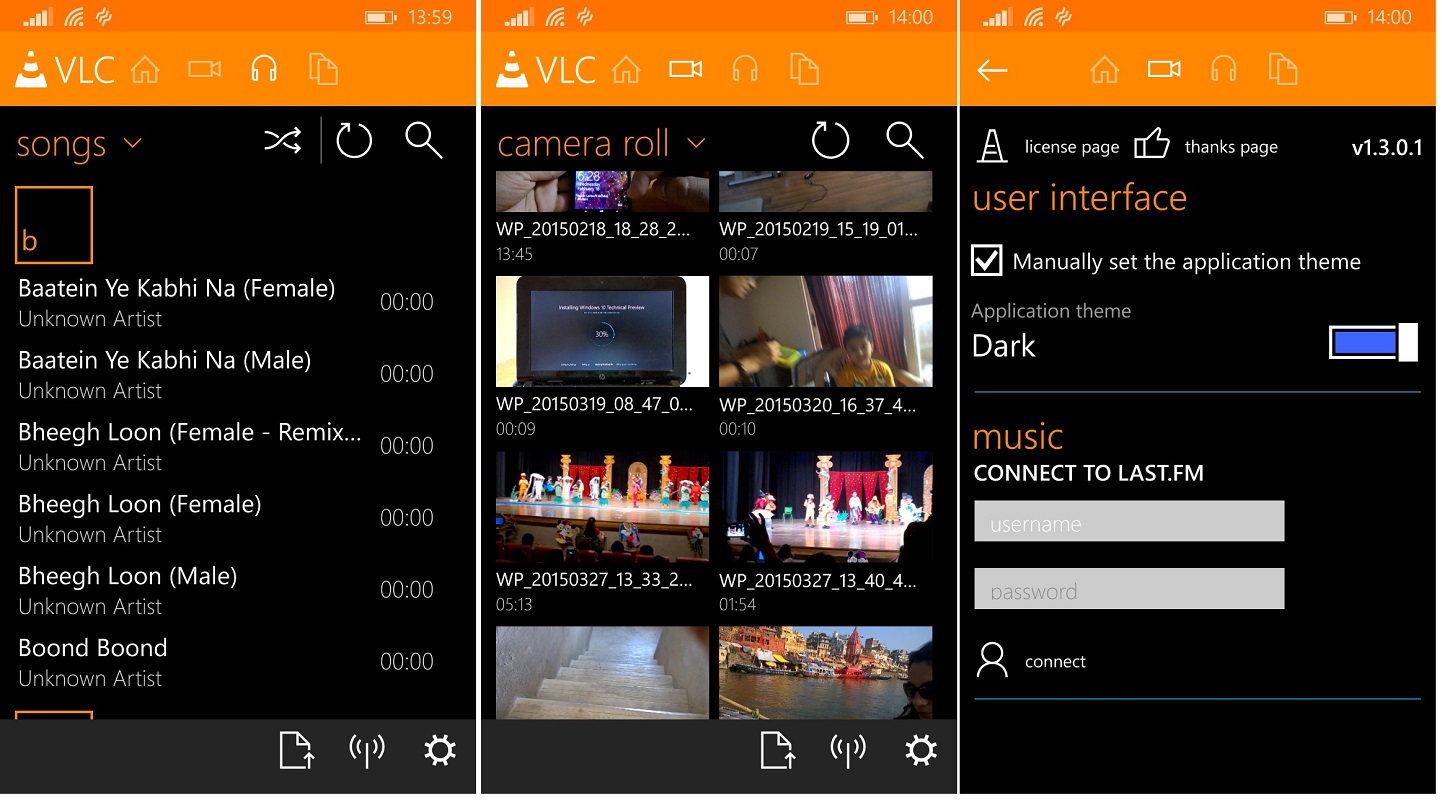 VLC for Windows Phone’s new versions has arrived as a public Beta due to some issues faced by the VLC devs.

Unfortunately, we couldn’t release it on our main distribution channel because of an odd Windows Store issue (version number problem). As the amount of users asking for an update is tremendous, I decided to use our Private Beta channel and transform it to a Public Beta channel.

The new version is 1.6.0 and packs lots of changes from the last release versions 1.3.7. We have complied the full changelog below.

Bugfixes
* Repeat mode (music player) now works on Windows Phone (was not implemented)
* Track, album and artist names in the Slideshow were not updated when a new track is playing
* Prevent crash on Windows RT (music player)
* Several UI fixes

Features:
* “Add to current playlist” to add an album or a track

Core:
* Use TagLib for getting Album Covers
* External SRT subtitles (from file picker) should work

Th VLC Beta can be installed only by following this link. In case you are facing issue of crashes while playing video, please go to Settings > Videos > Enable Hardware Acceleration and reboot the app.