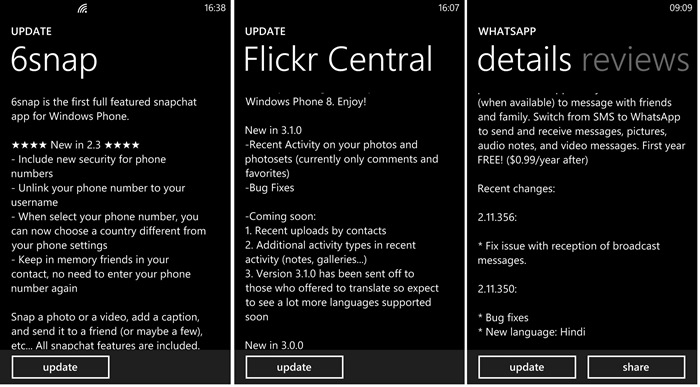 It looks like  ‘Apps update’ day today. One after another 6 apps updates have already appeared for my Lumia 925. 6snap has seen a major update with beefed up security features.

– Include new security for phone numbers

– Unlink your phone number to your username

– When select your phone number, you can now choose a country different from your phone settings

– Keep in memory friends in your contact, no need to enter your phone number again

Flickr Central has also received update with recent activity on your photos and photosets. WhatsApp fixes issue with reception of broadcast messages.