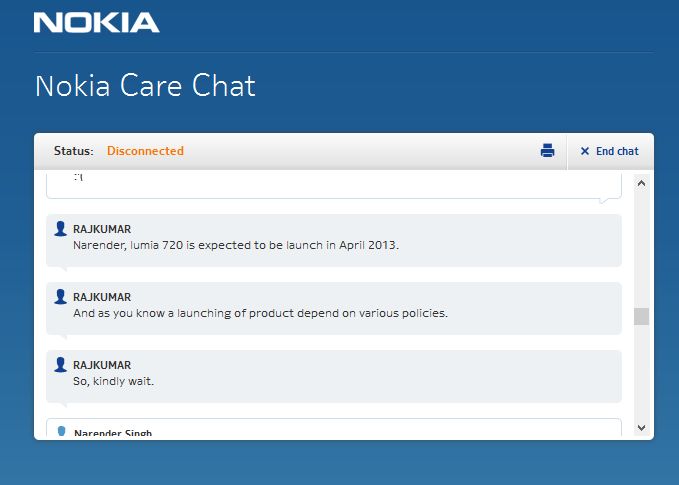 This is a typical Flip-flop situation !! The same Nokia rep which earlier confirmed Lumia 720’s arrival to India in March has now informed that it is rather April, when one can expect the device hitting the stores. Frankly speaking March 1st week always seemed bit inconceivable for lumia 720, given delayed launches of Lumia 920, Lumia 820 and Lumia 620 as compared to other markets.

But, it could have been really great consolation to Indian Nokia fans who were really frustrated due to abnormally long waiting times for Lumia 620 to hit market !!

Thanks “singhnsk” for the Tip. Cheers !! 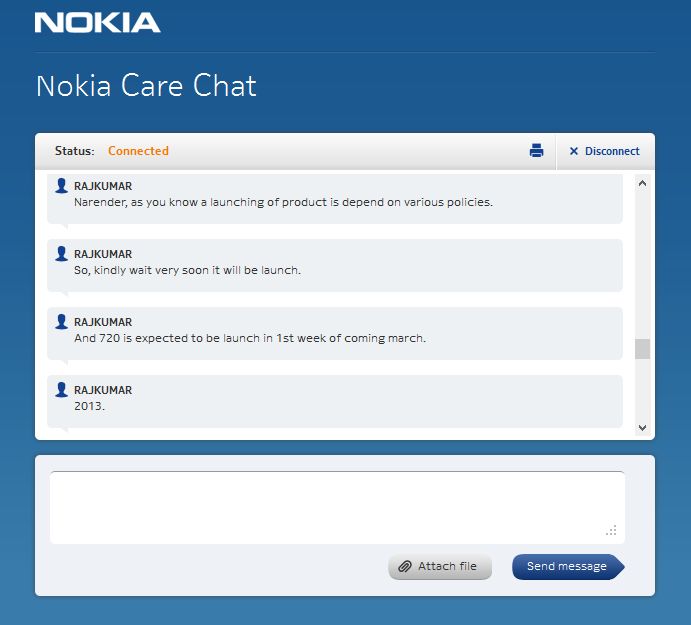 Our regular blog visitor and a blog writer himself “singhnsk” has posted above chat transcript with a Nokia care rep. While everyone was unhappy with Lumia 620 availability in India being pushed to March, now Nokia may surprise everyone with launching Lumia 720 along with Lumia 620 in March. The Nokia care rep has confirmed that it will be launched in 1st week of March itself :), which is very next  week !! Are you excited ? 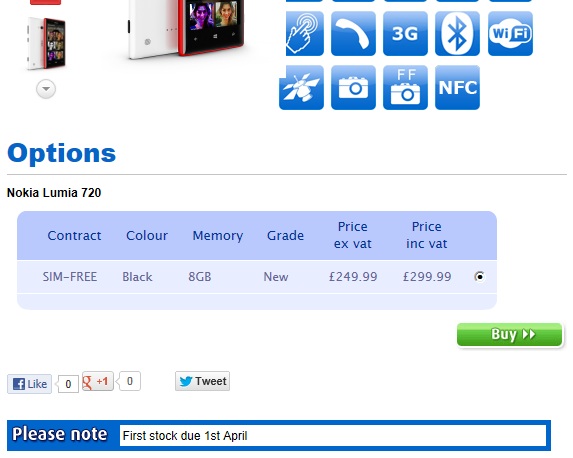 Thanks Dojobi for the Tip. Cheers !!