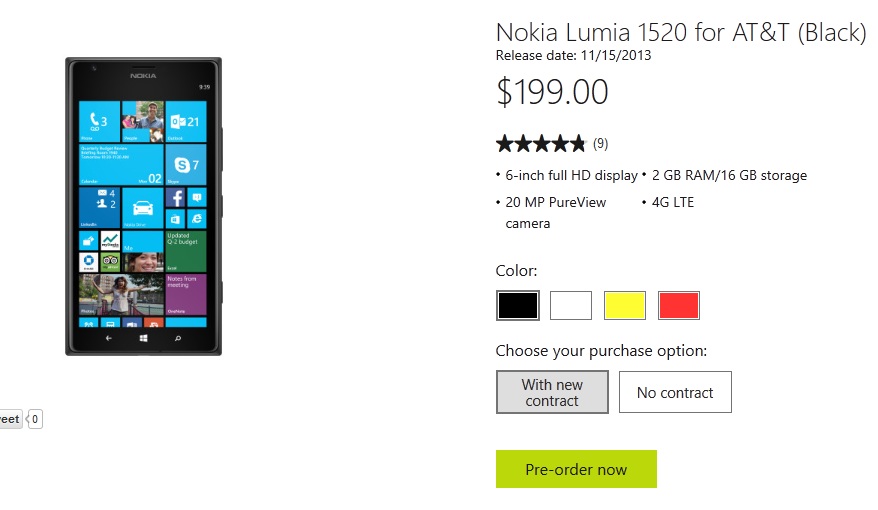 As I expected, it was the case of Microsoft store jumping the gun and putting pre-order page up before AT&T. So, now this page stands taken down. But, in a statement sent to Computer world, MS has said that any pre-orders submitted for the Lumia 1520 and flip cover accessory which also went on pre-order at MS Store after Lumia 1520, will be honored.

Thanks Ahmed29 for the Tip. Cheers!