Seems that Lumia and Nokia are now getting some positive attention from media, which till now has enjoyed bashing Nokia and its strategy any given time. I happened to see this article form NY times which confirms Lumias getting good traction now in Europe. The article says that in key european markets like Austria, UK and Germany Lumia 800 is selling like hot cakes. In case of Austria it is listed as best seller and  in London it has driven sales of windows phones devices to 2.2 % up from 0.4 a year ago. For this they have quoted estimates by Kantar WorldPanel, a research firm. 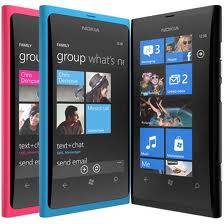 Read more from the article below,

But your odds are better in Europe. Recent signs suggest that Nokia’s Lumia handsets with the Windows Phone 7 software are doing reasonably well there. In Austria, the European carrier Orange lists the Nokia Lumia 800 as a best seller. And in London, sales of Nokia’s Lumia 800 drove Windows Phone 7’s market share up to 2.2 percent,  from 0.4 percent a year ago, according to estimates by Kantar WorldPanel, a research firm. The largest number of Lumia shipments — about 200,000 units — went to Germany in the fourth quarter of 2011, according to the research firm Canalys.

Of course, Europeans have always been fonder of Nokia phones than Americans. “Europe has traditionally been a really strong market for Nokia, but Nokia’s been under pressure ever since the introduction of the iPhone, which is when the tide turned,” said Pete Cunningham, a principal analyst at Canalys. “They’ve found competition to be really tough, but this is the beginning of recovery for Nokia.”