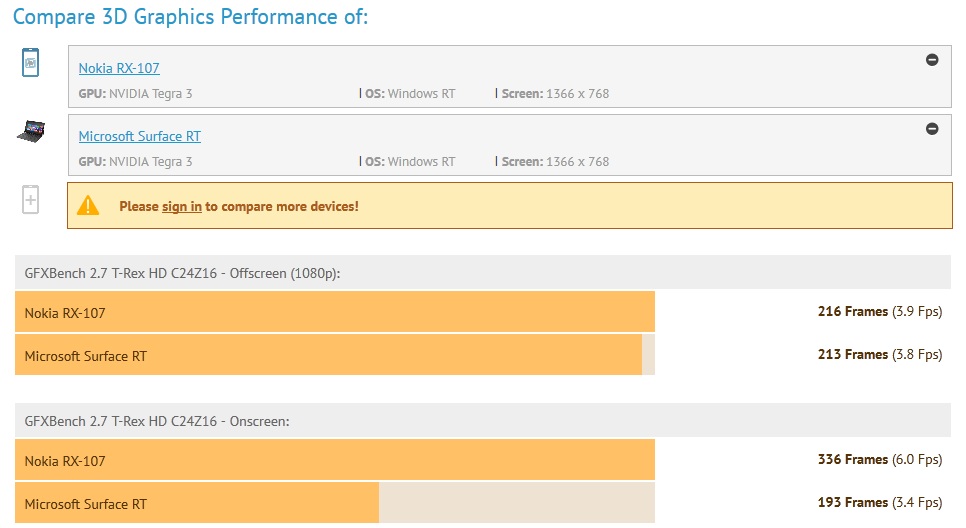 We have heard and even seen leaks of a Nokia WinRT Tablet, which was the predecessor to Lumia 2520 and was cancelled later. The reason behind this cancellation is cited to be dismal sales performance of original Surface Tablet. Now what seems like a clinching evidence of existence of this Tablet it has suddenly appeared at GFXBench as RX-107.

Above screenshot shows its comparison with Surface RT Tab and you can both running on “TEGRA 3 Quad Core CPU”. This makes it clear that this is obviously last generation of Nokia Tablet as the Surface 2 runs on Tegra 4. The display resolution of 1366 x 768 is also similar to Surface RT Tab.

Does this raise some questions in your mind? If yes do let us know in comments below.