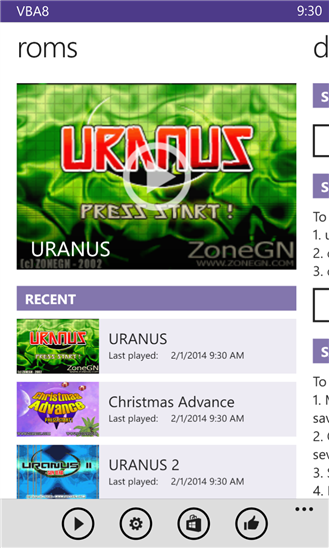 We had been hearing comments here and there about a possible Sony Windows Phone, but recently Sony’s CEO recently hinted about the possibility of  Windows Phone coming with the sony name on it.   CEOs are not known to hint at something and not sticking to that, so Sony might already have a plan in the making for a Windows Phone.  Stay tuned for more info on Sony’s Windows Phone.

Just recently the popular emulators VBA8 and VGC8 got big updates giving them completely new designs and bumping them up to version 2.6.  The new feature are as follows:

For me these emulators being brought to Windows Phone was awesome.  I love the Game Boy Advance games I grew up with, plus with the new update hitting the app it should make game play awesome.  Download links and sources will be below.